The Centre’s Faith in Public Life Officer, David Barclay, writes about his new report for CTC, Theos and Contending Modernities – ‘Making multiculturalism work’. He discusses what multiculturalism looks like in parts of the UK and what it could look like for the rest of the country…

A few months ago I watched a TV debate on multiculturalism. The panel covered all the classic bases – British identity, immigration, religious and political extremism – and yet it was difficult not to feel that the discussion was floating above some of the challenges of real life, captured perfectly by one politician’s insistence that we should ‘forget about blending people and just build the most beautiful mosaic society we can’.

Six months later, having just finished writing the report, I heard the very sad news that the wife of one of the people I’d come across through my research had had a stroke. This man was part of a father and sons group in east London who had used a small grant to organise monthly trips with activities like camping and archery. But the amazing thing about this situation was that this very diverse group had rallied around the family in the most incredible and practical way – from cooking meals to offering lifts to the hospital. In fact the wives of the dads were even getting together – Hindus, Catholics and Muslims – to pray for this woman and her family. 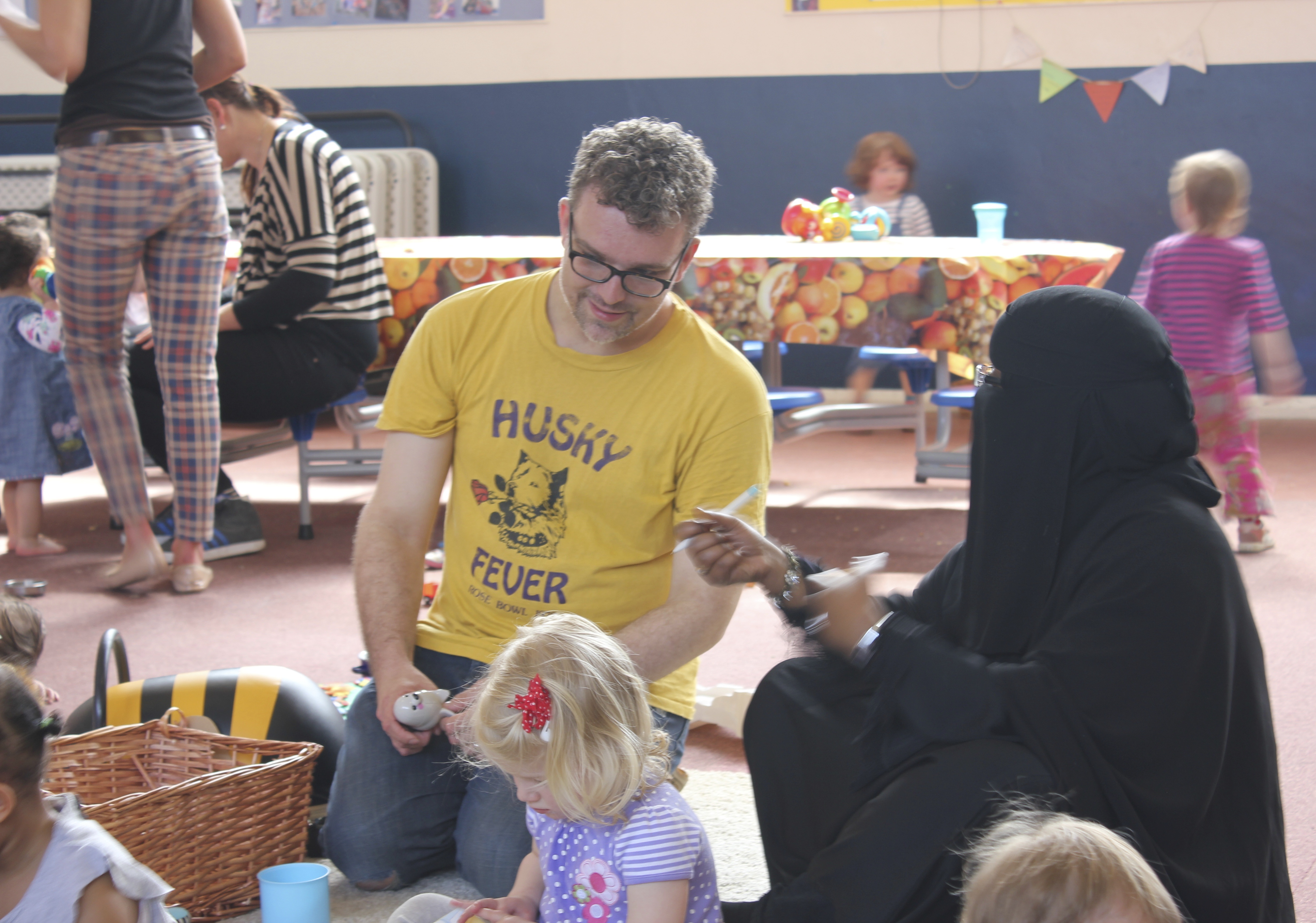 The lesson of these two stories is the message of ‘Making multiculturalism work’ – that the challenges of diversity require fewer expert opinions and clever one-liners, and more local relationships between people of different faiths and ethnicities.

My research set out to investigate how projects are already bringing diverse groups together and forming what Harvard scholar Danielle Allen has called ‘political friendships’ across difference. In particular I looked at the Government-funded Near Neighbours programme which enables different faith groups to undertake social action projects together, and the civil society campaigning of community organising as practiced by Citizens UK.

The first thing that became clear was the importance of working together. ‘Dialogue’ is all very well, but if there is no tangible common action then it will be hard to create any sense of shared destiny. Near Neighbours is a good example of how governments can help – giving small grants with the sole criterion that projects bring people together from different faiths or ethnicities. This allows people to engage in the ways that make sense to them, with nobody telling them what they should be doing or how. 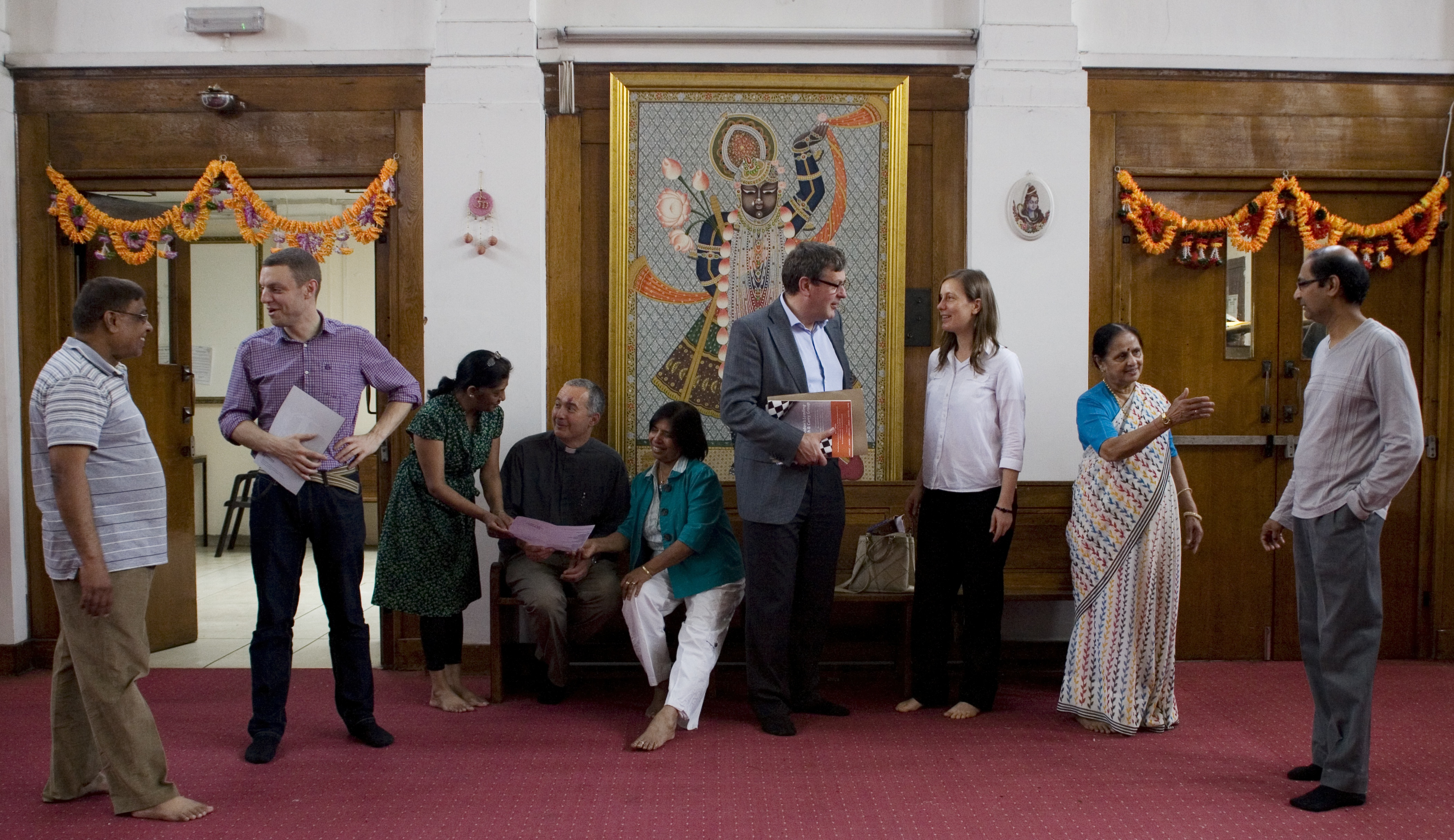 Second, if people are going to get beyond surface level co-operation, they need to be free to share their deepest motivations. Citizens UK has been quick to recognise this, giving its participants chances to share ‘testimony’ in public meetings. This often involves very personal stories, where themes that aren’t always permitted in the public, such as family and faith are particularly in evidence. The result is that campaigners can trust each other to stick together when challenges arise because they know exactly what their collective efforts represent to each person involved.

Encouraging political friendships by building people’s skills in working together and sharing core motivations involves making some difficult choices. One area of challenge is deciding who is considered ‘acceptable’ to work with. There is something of an irony in ‘progressive’ circles that whilst outwardly championing diversity and difference, many are often quite restrictive in who they will be seen co-operating with in public. For example there is a conversation which comes around with wearying regularity about whether political parties should be working with faith groups that they might agree with on social justice but disagree profoundly with on issues of equality and personal morality.

The experience of Citizens UK and Near Neighbours suggests that we need to change the way we judge potential partners from using a ‘progressive test’ of their beliefs to a ‘relational test’ of whether they can co-operate with people from different backgrounds. I have found that this more open form of working can create unlikely alliances which are transformational for all involved, and that such experiences are actually much more likely to soften fringe views than simply giving people the political cold shoulder.

The second challenge of the report is to those who might feel nervous about the idea of exploring core motivations because it could lead to the divisive subject of God coming up in public. Again the experience of Near Neighbours and community organising suggests that this fear is somewhat ungrounded; instead people are usually quite good at negotiating fundamental differences themselves without needing boundaries for what are and aren’t acceptable ‘public’ reasons.

So the business of creating a more practical multiculturalism by promoting political friendships across difference might be a little more complex than it first seems. But at its heart this report has a very simple message. It is that the future of multiculturalism will be won not by new theories or more debates on the meaning of ‘Britishness’, but by encouraging real relationships at a grass roots level between people of every background and belief. Nobody is exempt from contributing to this task, and it is up to all of us to consider how the institutions we are involved in might strengthen their members’ skills in working together and sharing core motivations. Then, like the dads in east London, we might find ourselves surprised by the possibility of political friendships creating diverse yet united communities of which we can all truly be proud.