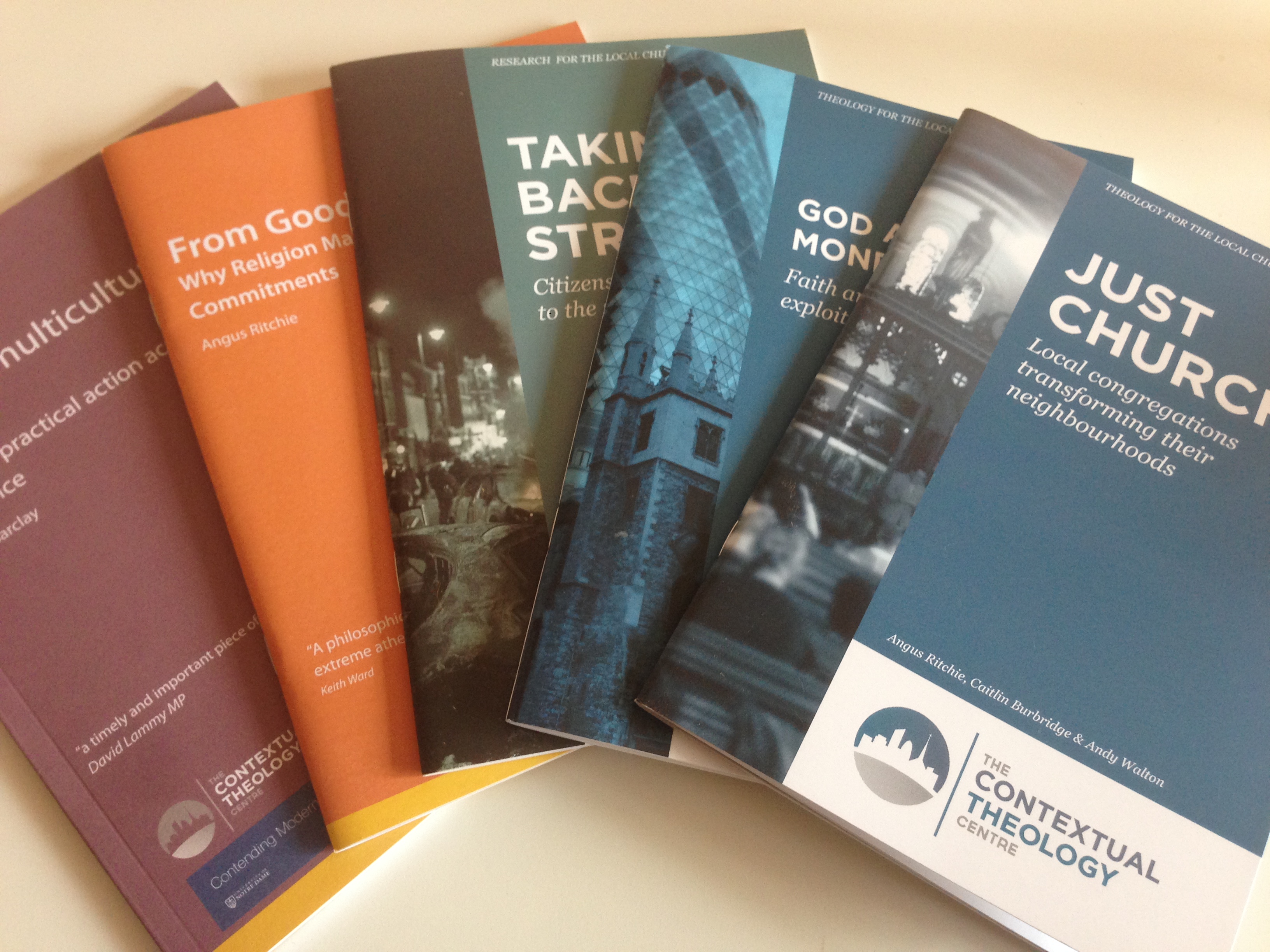 Theology for the Local Church reports

4 – From Houses to Homes: Faith, power and the housing crisis

2 – God and the Moneylenders: Faith and the battle against exploitative lending

Research for the Local Church reports

9 – A Time To Sow: Anglican Catholic Church Growth in London

8 – 21st Century Stewards: The rise of operational
management in churches and the need for new vocations

7 – Carry Each Other’s Burdens: How Churches can better support those serving on the margins

4 – Deep Calls to Deep: Monasticism for the City; Experiences from East London

3 – Our Common Heritage: Housing associations and churches working together

2 – Churches Collaborating for Urban Mission: Learning from the Shoreditch Group

1 – Taking back the streets: Citizens’ responses to the 2011 riots

Community Organising and the Local Church

4 – People of Power: How Community Organising recalls the Church to the vision of the Gospel

3 – Realities are Greater than Ideas: Evangelisation, Catholicism and Community Organising

2 – Marching Towards Justice: Community Organising and The Salvation Army

A companion study guide for use with Marching Towards Justice is here.

A Spanish translation of the report is here.

1 – Heart to Heart: Community Organising and the Power of Storytelling for Churches

Abide in me: Catholic Social Thought and Action on Housing Challenges in England and Wales

Money Talks: Christian Responses to Debt in the North East and London

Keeping the faith: A short guide for faith-based organisations

The Heart of the Kingdom: Christian theology & children who live in poverty

Crunch time: A call to action

Too Old, Too Young? Theology on the Ambiguity of adolescence and the impact of neglect

The Case for Christian Humanism: Why Christians should believe in humanism, and humanists in Christianity

Tax for the Common Good: A study of tax and morality

Who Bears the Burden? Christian theology and the impact of debt on children

From Goodness to God: why religion makes sense of our moral commitments

in Paula Clifford & Angus Ritchie, The Gospel and the rich: Theological views of tax, Christian Aid, 2009

Faith and the Politics of ‘Other’: Community Organising amongst London’s Congolese Diaspora

Democratising Democracy: Does community organising increase the quality of democracy within a capitalist paradigm?

Organised Christians: A contextual sounding on the meaning of community organising and the faithful motivation to organise amongst Christians in East London today

A New Covenant of Virtue: Islam and Community Organising

Christian responses to the financial crisis: A briefing pack for clergy and parishes

Community Organising: Contributing to the renewal of politics

Affiliation and community agency: the case of broad-based community organising in London

S Deneulin, D Hussain & A Ritchie, The Future of Multicultural Britain conference at the Centre for Research on Nationalism, Ethnicity and Multiculturalism, Roehampton University, 2005