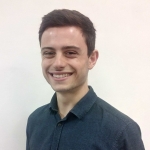 Tom Newbold has recently joined CTC as the co-ordinator for the Church Credit Champions Network (CCCN) in the Diocese of London. Here he reflects on the Church’s role in engaging with fundamental issues of money and debt…

When the Archbishop of Canterbury announced his ‘War on Wonga,’ it really excited me. Not only was it a sign that the Church was engaging with important issues, but also had real potential to make effective, positive change. It said to my non-Christian friend that the Church was doing something relevant and meaningful.

I’m passionate about seeing the Church thrive. Meaningful engagement with issues of exploitative lending and finance, to me, is evidence of life in the Church. It is a missional, energised Church that challenges injustice and stands up for those in society for whom the financial system isn’t fair. It’s evidence of a Church that is standing up for the oppressed and being good news to its many local communities.

When the opportunity came up to work on a project that advanced this work, I jumped at the chance to apply. I previously worked for Christians Against Poverty (CAP), a charity that works through the Church to release people from debt, poverty and their causes. I had heard and seen the evidence of how debt and financial poverty tore relationships apart, broke up families, caused depression and rocked lives. I had seen that the financial system in this country is far from being compassionate and people-focused, but rather, it is a profit-making machine. Get on the wrong side of it, and the effects can be devastating.

Alongside the stories of despair I heard from those in debt and poverty, I also saw the positive impact and hope that the Church can provide for individual lives and communities. More than 500 churches run CAP projects and that number is growing. A recent study found that an estimated 220,000 social action projects are run by faith groups in the UK each year, reaching over 47 million beneficiaries!

The Church in the UK is alive and active in terms of thinking about issues of social action and justice. There are around 50,000 churches in the UK, an extraordinary network of locally-based communities. The Church Credit Champions Network is designed to harness the missional energy of local churches, evidenced by the sheer scale of existing social action already happening through the UK Church, for action on issues of financial justice.

The network helps churches identify the central issues relating to economic injustice in their communities. During my first month in the role as London Coordinator for the network, I attended two church Sunday services to help their congregations engage on this topic with group discussions, called Money Talks. The dominant themes emerging from both highlighted concern about the ease and access of high-interest loans, lack of awareness and accessibility to financial advice, and the ongoing struggle of managing the cost of living.

Once a church has identified the predominant issues in its community, the network then provides training and support for action. Many churches have acted by supporting their local credit unions through raising awareness, promoting mass sign-ups and offering their buildings as ‘access points’. Credit Unions are not-for-profit, community-based organisations that promote responsible saving and low-cost lending. Supporting and developing the credit union industry strikes right at the heart of profit-making financial institutions such as payday lenders who exploit customers for profit. 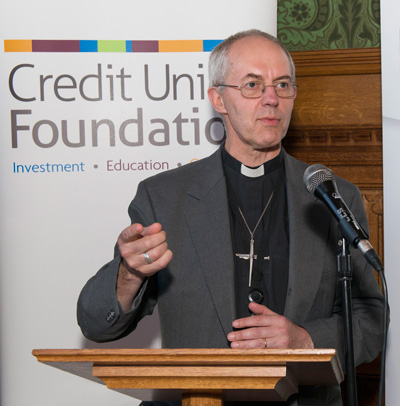 Some churches have also acted by filling the gap left by other provision in terms of debt counselling, money education and advice. Others have undertaken training to understand what kind of advice organisations already exist that they can signpost people to and to understand how to respond to those struggling with financial problems.

I’m excited about how churches can continue act out their mission and challenge financial injustice through the Church Credit Champions Network. As I coordinate the network in the Diocese of London, I’m looking forward to continuing to learn from the trailblazers out there who are already contributing so much to a fairer financial system. I am especially keen to inspire more churches who are yet to engage on this issue, and to support those who are committed to action to be as effective and contextual with it as they can. Imagine multiple churches from every London borough working to support and promote their local credit union, whilst ensuring there is adequate provision and access to debt and money advice across local communities. The effect could be transformative.

Challenging injustice, particularly on issues of money, is a biblical and missional imperative. The scale and locality of churches across the UK enables a momentous opportunity for change to the financial system and the lives of many individuals. I am excited to be a part of encouraging and developing that.

Archbishop Justin Welby will be joining us at St George-in-the-East on Tuesday, 29th September in order to commission the Credit Champions, which will feature in next week’s blog. You can read about what we think about how the local Church can engage with issues of money here.