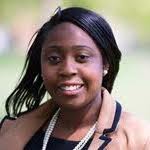 Rosina St James is on our Buxton Leadership Programme for 2014-15. Here she blogs for us on the power of personal stories in changing the world…

I have always taken for grated the idea of testimony. I grew up around church elders telling me stories of God bringing them through many of life’s challenges.

I remember hearing my first Community Organising testimony. It was from a women called Shirley who moved from the Caribbean with her husband and two very young children. Her husband Kevin had a well-paid job so she could look after their children full time. One evening while Kevin was on his way home from work, he had a heart attack on the train and was pronounced dead at the scene. This came as such a shock to Shirley as Kevin was a young, healthy man – she hadn’t thought about preparing a will or getting life insurance.

As the months went by and Shirley was still grieving, she found herself receiving letters from the bailiffs as she couldn’t afford to paid the mortgage. She had taken out credit cards and loans to make ends meet but it wasn’t enough. Within weeks she and the children were homeless. When telling us the story, Shirley shouted, “I had lost EVERYTHING, I had nothing left to give – just the torn clothes on my back. This could happen to anyone sitting in this room… one minute life is good but in the next second your life is in pieces. You could lose your job today and struggle to get another one tomorrow.” Shirley finished by saying that though it has been a difficult time, God has brought her through. She now has a job. 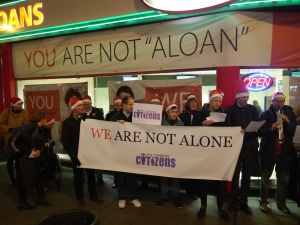 In my experience, when a testimony is given at church, everyone claps and cheers but this Sunday was different. I remember the intensity of the room when hearing Shirley’s story. It provoked empathy, it provoked anger. It also provoked action.

With no further prompting, a gentlemen stood up and wrote Shirley a large cheque, then a lady offered Shirley her rental flat to live in. Shirley cried and the whole church then erupted with joy and happiness. The power of her testimony had moved people into action!

Recently a woman we’re working with, Laura from the Loughborough Estate in Lambeth gave her testimony to the Leader of Lambeth Council. She described her fear at leaving the house after 5pm – because she’d been followed on several occasions. There is no street lighting on her part of the estate. From listening to her story the Leader of the Council committed to fixing the street lighting issue so that it was safer place to be at night. He also committed to having more police patrolling the area. This was a powerful testimony.

A few weeks ago, I was fortunate to be a part of a Lambeth Citizens meeting with the COO of Speedy Cash, Michael Charles. We’d asked to meet with them over their ‘refer a friend’ scheme and the peril it has put some of the most vulnerable people in Lambeth in.

Mr Charles noticed. He said that we had no real evidence of the effects that this scheme has on people and therefore he wouldn’t be willing to act. To be honest, he was right to respond in that way. If I were sitting in his shoes I would have said the same.

So what can we learn? Sometimes we disregard our own stories and think they are not of much worth to others. but that isn’t the case. If you have story that could help someone, don’t be afraid to speak up. We must seek to find more testimonies so we that we’re in a stronger position to help change our communities for the better.