Dr Julia Ipgrave is a Senior Research Fellow in the Institute for Education at the University of Warwick. Here she blogs for us about her new report, published by CTC…

This summer saw the launch of a new CTC report, Grassroots Theologies of Inter Faith Encounter. The publication was introduced in Hamburg at a conference on inter religious relations in north European cities organised by Hamburg University Academy of World Religions. The CTC report contributed perspectives from Londoners on their experiences and understandings of encounter with neighbours of different religions and cultures in this super diverse city. In accordance with the ethos of CTC the report seeks to break down the idea of ‘theology’ as the preserve of a particular group of experts by putting the voice of those who live and work in deprived and diverse communities at the heart of conversation in theology and public life in general.

I start from the position that our communal lives are enriched by interaction between people of different faith traditions; it is a position reinforced by observations and conversations with participants in inter religious activity over the course of a research study in the London boroughs of Waltham Forest, Tower Hamlets and Hackney. The activities that have been the subject of the study include special events, structured dialogue sessions, meetings of borough-level interfaith fora, and above all they include a multiplicity of small community projects bringing together people of different faiths in practical action for the benefit of the local neighbourhood and the neighbours who share it. Prominent among these are the ‘grassroots’ projects financed through the Near Neighbours project funded by the Department for Communities and Local Government and working in partnership with the Church Urban Fund.

Among the groups followed are community gardening projects, mentoring for at-risk teenagers, beauty therapy for isolated women, luncheon clubs for the elderly and homeless, leadership training for young people, craft and conversation groups. The theological perspectives reported come from a range of faiths (Baha’i, Buddhist, Christian, Hindu, Jewish, Muslim) and a diversity of perspectives within these broader traditions; all are from individuals with some involvement in inter religious projects of one kind or another. 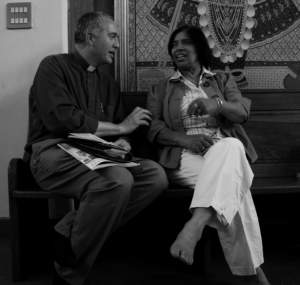 The study has not sought to create a syncretic theology of religious plurality from the different perspectives with which it has engaged. Indeed, the results of the research suggest that attempts to do so would be neither realistic nor helpful. Participants in inter religious activities included those who maintain exclusive positions on religious truth as well as those with more pluralist outlooks and one obstacle to inter religious engagement has been a distrust of ‘inter faith’ where it is understood to require of its practitioners adherence to specific theological traditions and compromising one’s own. This discomfort coupled with awareness of very real issues of social need and community relations at the local and day-to-day level might seem to militate against theological engagement and favour a side-by-side action model for inter religious activity over a face-to-face theological dialogue model.

The study found that theology still played a part in the interaction, however, partly because getting to know one’s neighbour also generated interest in that neighbour’s religious life and beliefs. At a deeper level, different kinds of theologies were engaged performing different functions in the encounter. The voices recorded in the report reveal a powerful interaction between deep faith commitments and worldly circumstances in inter religious contexts. 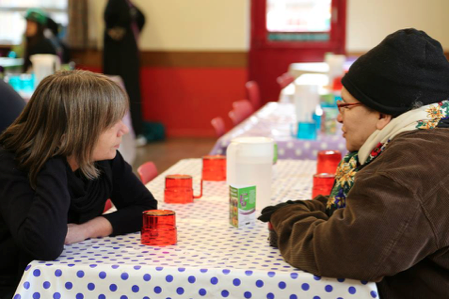 While the concept of one’s religion being a way of life is most commonly heard from the Muslim faithful, the interrelationship of faith and practice has deep significance across religious traditions and is a counter-balance to the secularist delegation of religion to the private sphere that some participants were consciously battling against in their public engagement. One finding from this investigation of inter religious activity is the ability of religion to inspire and reassure, to answer the questions, ‘What reasons does my faith give me for getting involved with the religious other?’ and ‘How do I know that in getting involved I am right with God?’

The inspiration to engagement was particularly evident where theological interest was directed towards fellow humans, whether on the broad scale of social justice as part of God’s transforming work or on the more intimate level of obligation towards one’s neighbour and an understanding of who that neighbour is in God’s command and overarching scheme. It is an area where a variety of traditions are found to converge not necessarily in their doctrine and interpretation but in their ethical orientation. Legitimisation for such involvement was sought in religious scriptures and example (of Jesus, of the prophets).

Within a broad organisational frame of theology that interprets, theology that motivates and theology that legitimises, the paper records a rich diversity of religious insights and expressions which may resonate with or challenge the reader’s thinking. It is hoped that hearing these will prove of interest and support to individuals engaging with neighbours of other religions and religious traditions, that they might find among them ideas that accord with and help interpret their own experiences; that some insights into other points of view may throw some light on the perspectives of those with whom they engage or whom they wish to lead in such engagement; that they might find pointers for their own contexts for what is possible or desirable, where the potential is and how this might be encouraged, where the hesitations are and how these might be addressed.