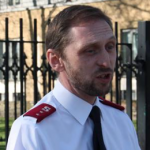 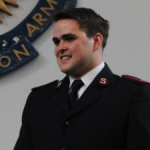 The Salvation Army is celebrating its 150th anniversary with a series of events in east London. Timed to coincide with the celebrations, CTC has published a new resource for salvationists and others – Marching Towards Justice: Community Organising and The Salvation Army. Here, co-authors Lieutenant John Clifton and Major Nick Coke give a taste of how they’re learning from history to fight for justice in the 21st Century…

One of the joys of being a Salvationist is the attachment we have to the heroic stories of the past. Our imaginations become absorbed with the end of the nineteenth century, when the giants of Salvationism roamed the earth. Their names set our hearts ablaze – General Booth, The Army Mother, Elijah Cadman, Elizabeth Cottrill… The places they walked evoke an air of adventure – the East End of London, Mile End Waste, The Blind Beggar Pub, The Quaker Burial Ground. Even their activities conjure up a feeling of suspense and excitement – The Maiden Tribute, Lights in Darkest England, The Whitechapel Elevator, and the Slum Sisters. These stories have become a part of us – the air we breathe. 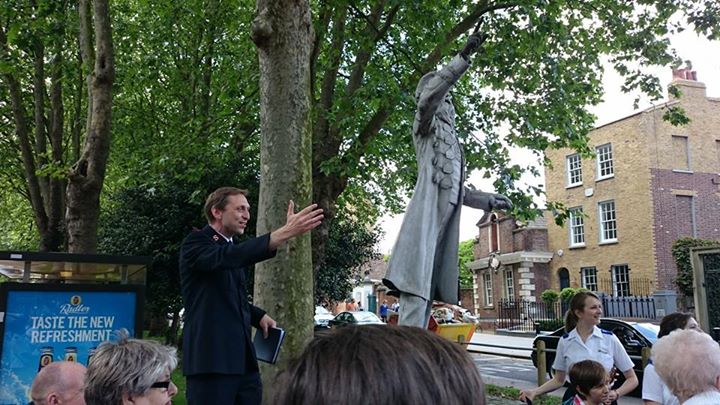 Nick with the statue of William Booth, co-founder of the Salvation Army.

The Salvation Army has an inspiring and vibrant past but it counts for little if we do not allow it to shape our practice today. In this anniversary year we are keen to highlight the lessons we’ve learned from the great names of the past. The tools they used to bring huge social change remain at our disposal today and we have found that using them can help our corps to begin to make similar strides towards justice in their local areas.

These can be summarised as follows:

At the very heart of Salvationist practice is visitation. By this, in accordance with Salvation Army Orders and Regulations for Officers, we mean, “personal contact with people… where they are to be found, with a view to furthering their spiritual interests.” In order to do this, a visit takes the form of spending 30-45 minutes with someone.

A ‘power analysis’ is effectively a map of the relationships within an institution, and also a map of how a given institution interacts with other institutions. It gives us a basic understanding of which leaders have followings and influence, how they relate to one another, who determines what decisions are made and how money is spent. 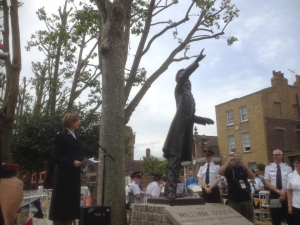 Public actions necessarily involve an element of the prophetic, in the sense that they creatively call people to a more just way of doing things. They should involve people as much as possible. For example, at a recent action, participants were told to come wearing caps as they were asking for a cap on interest rates charged by payday lenders. The action should be fun, so that people enjoy what they are doing. It’s important to laugh! Actions should be creative in order to get the attention of bystanders, the media and the ‘target.’ They should be personally focussed, for example, targeting a named person who has the power to make change rather than just a building or organisation. They should involve confrontation, in that they seek to come face-to-face with the targeted person. 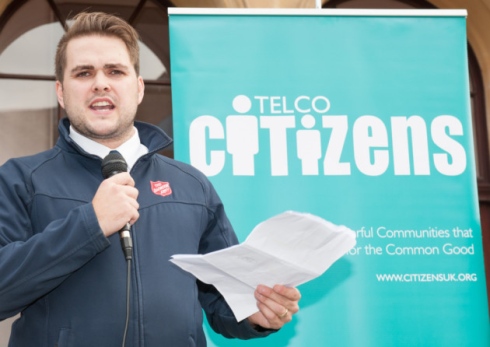 Using these tools gives us a real chance of emulating those great heroes of the past and seeing justice done in our time. We need to learn from one another and to see how we can offer mutual support as a Salvation Army family working together. It’s important to be realistic. Struggles are an inevitable part of the journey and the trajectory is not always upwards. In conclusion, we challenge you to action! In the words of Catherine Booth, “If we are to better the future, we must disturb the present.”

One Response to Marching Towards Justice: Community Organising and the Salvation Army