Our Summer Internship (previously known as Jellicoe) is currently taking place here in east London. After three days of training with Citizens UK and CTC, the 11 interns are taking part in placements with local churches involved in community organising. Selina Stone blogs about what has been happening so far…

Our cohort of interns has arrived from different cities around the UK, with one flying in from the USA on his way home to the Ukraine! Each of them has a project brief explaining where they will be placed, who their supervisors will be and where they will be staying for the duration of the month. None of the interns have been trained in community organising before, and all of them are students or recent graduates, often discerning the way forward in their studies, careers and ministry. Some of them were involved in Citizens UK’s #NoPlaceForHate campaign at London transport hubs – offering stickers and leaflets for what to do in the event of witnessing a racist incident. 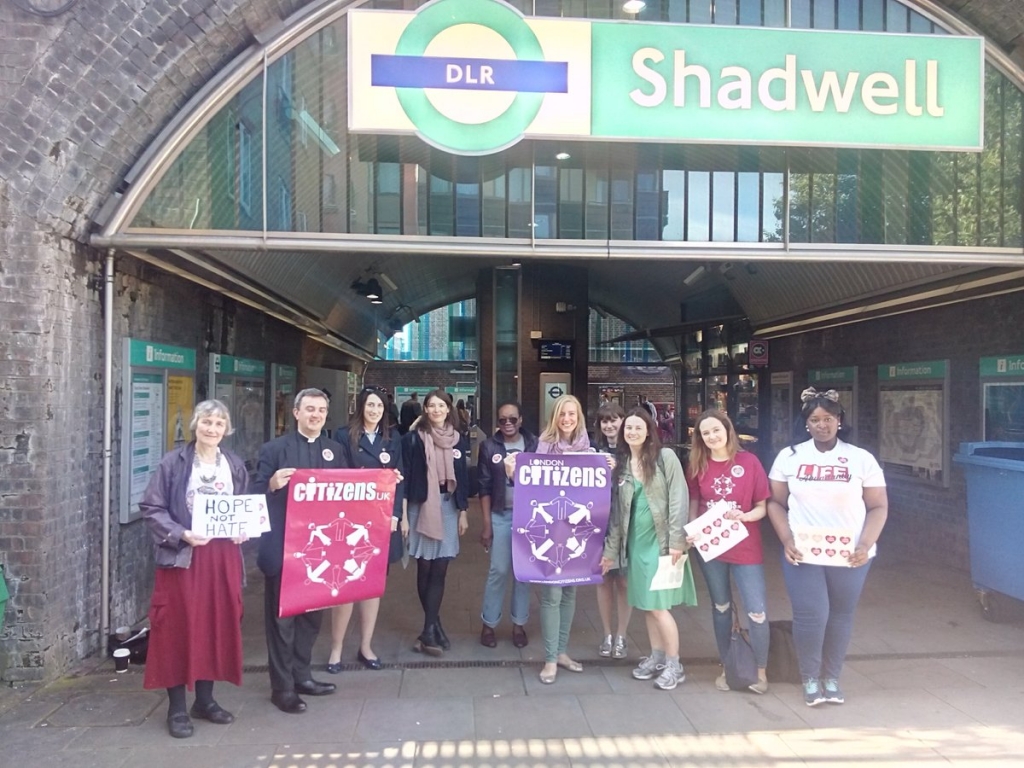 Here are three short reflections about their time so far:

‘I think the overall feeling I’ve had coming away from the training days is a feeling of excitement and optimism. I knew that moving on to working at the placement would be a new challenge and there would be a lot more to learn once I got there, but I also felt really capable and as prepared as I could be.’ (Holly)

‘At this early point in the internship, the thing which strikes me the most is how much more there must be for me to understand. The huge transformative power of even my first day of organising makes me excited for future moments of clarity and inspiration which I will surely experience. I am particularly keen to begin having tone to one conversations with members of the church and community.’ (Laura)

‘This past week… I have been particularly stretched in my perception and knowledge of the Church’s role and power in the community, the power of the state and of civil society as well as my own personal role in the Kingdom of God… This week has provided excellent training, insight and experience from Citizens UK and CTC in the theory of community organising, the dynamics of power, discernment and vocation…’ (Shermara)