David Barclay, who’s spent the past four years developing our work on credit, debt and money blogs for us about the successful pilot of the Church Credit Champions Network…

The Church hasn’t always followed through on good intentions. But at a recent event in St Paul’s Cathedral, CTC brought together churches and credit unions to celebrate the way that Christians in London have been making good on the Archbishop of Canterbury’s famous ‘War on Wonga’ comments made back in 2013.

The Church Credit Champions Network was set up by CTC in response to the Archbishop of Canterbury’s intervention because we believe local churches have resources which, if unlocked, can increase the capacity of credit unions to provide access to savings and responsible credit. The Network has been become one of the major projects to come out of the Archbishop’s initiative, and we marked the end of its two year pilot in London with a special evaluation event.

The Network adopted a ‘bottom-up’ approach in its activities, seeking to help churches to listen to local experiences of money and debt before learning about possible practical interventions that they could make. This has proven to be much more successful than simply making a ‘sales pitch’ to churches on the virtue of credit unions, as it has allowed local relationships to develop which are genuine partnerships based on shared interests. 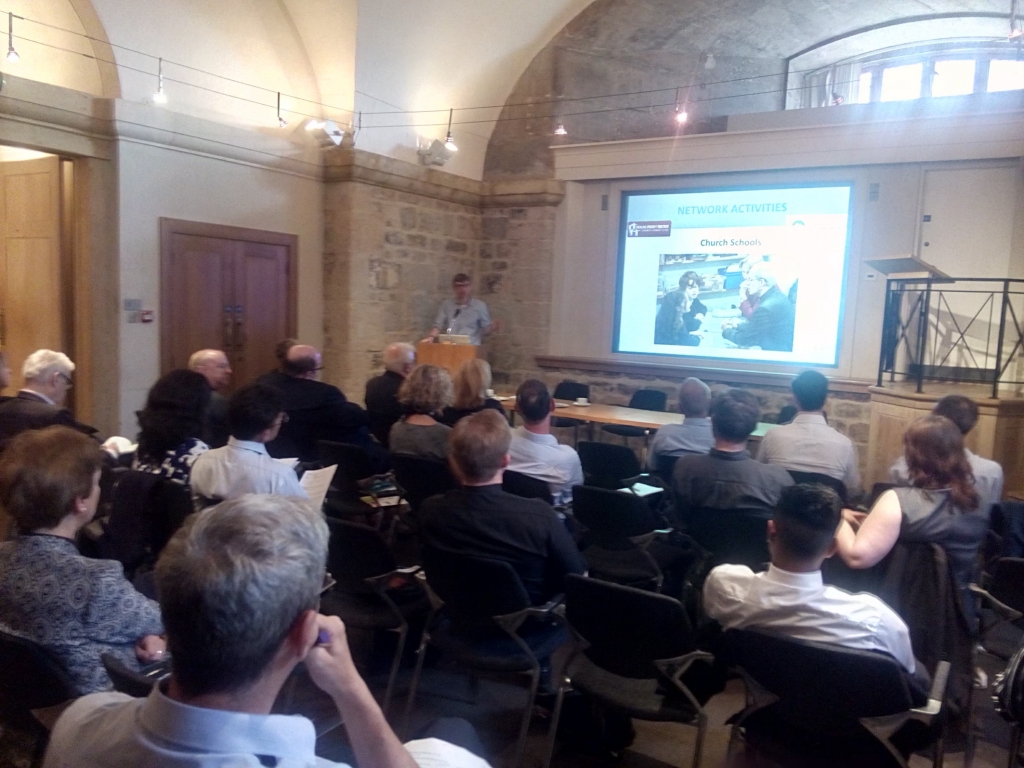 It’s no surprise that these partnerships generated different kinds of activities in different places. In Hackney, several churches have turned their buildings into credit union ‘access points’, with church volunteers trained to help local people engage with the services of the credit union or have a conversation about their financial situation. This has proven to be very successful where the churches have committed volunteers and where other pre-existing activities mean there is a natural ‘footfall’.

Meanwhile in Peckham, the Copleston Centre Church set itself the target of signing up 100 local people en masse to the London Mutual Credit Union. In a few weeks of conversations with friends and neighbours, a relatively small congregation easily surpassed their target, and were able to proudly march past the many local payday lender with over 150 completed membership application forms for the credit union.

In the City of London, churches have been at the forefront of promoting payroll savings schemes between employers and credit unions. These schemes carry huge benefits for employers, employees and credit unions alike, but it can often be difficult to get the necessary decision-makers in the room to create the momentum needed to get them off the ground. In this, the ‘civic capital’ of church leaders has been put to good effect, and as a result organisations like Linklaters, St Paul’s Cathedral and the Financial Services Compensation Scheme have all successfully started payroll savings schemes.

Finally, in Harrow and Hillingdon a number of churches have been enthusiastic participants in ‘Credit Union Month’ during June, promoting the virtues of credit union membership to their congregations through information stalls after services. All over the city many churches have provided skilled volunteers and board members to their local credit union, increasing the quality of governance which can become a platform for future growth.

The sum total of all this activity has seen over 2,500 Londoners securing a better financial future for themselves and their families by joining a credit union, starting to save and having access to responsible and affordable loans. On top of this, the Network has been covered by the BBC, the Financial Times, the Guardian and ITV online, in press and on TV, raising the profile of credit unions as well as the valuable role that churches are playing in public life.

It’s a legacy that all involved can be hugely proud of, and it provides a fitting moment for me as the Senior Credit Champions Co-ordinator to move on from CTC to pastures new. Of course the work to tackle money and debt problems is far from over, and Andy Walton will continue to provide a point of contact and resources for churches in London who want to take action on these issues in their community (he can be contacted on andyw@theology-centre.org). Plans are well underway to ensure that this work is rolled out across the country under the new name of the ‘Just Finance Network’ from the beginning of next year – to get involved in this and find out more, click here.