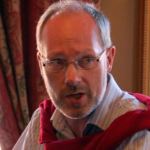 CTC’s latest exciting publication, Deep Calls To Deep is about monasticism in east London and what we can learn from Religious Orders today. Dr Damian Howard, a Jesuit priest, academic and friend of CTC blogs for us about this new resource…

There can surely be no doubt that we are living through a time of transition from one historical period to another; it is as turbulent and traumatic as it is challenging. Such epochal shifts have always been marked by a re-imagining of the Christian life as radical discipleship, by a seeking-out of new ways to position oneself as a disciple in relation to the social mainstream, and by the quest for a more thorough integration of the ‘outward’ life of work and community with the ‘interior’ journey into the mystery of God. The sharp decline of the forms of church-going and Christian identity which have served us so well for over a century tells us that we in our turn will need to find something new, to experiment and to take risks, if we are to fashion forms of life which are truly adequate to the emerging context and which will bear lasting evangelical fruit.

The risk to such an enterprise in our present cultural setting is
that, in spite of our eagerness to forge something authentic, we end up baptising the values and instincts of the age. In the current period, that can only mean those which have been inculcated in us by the mentality of the all-conquering market. In the past, it has usually been Religious whose patterns of life placed them in direct opposition to the great danger of the day.

When the Church was at risk of being swallowed whole by the newly Christianised Roman Empire, it was the emergence of monastic communities that guaranteed her integrity. When the Church’s wealth and power threatened her evangelical simplicity, Francis and his Friars rose up to keep her close to Jesus, poor and humble. And then, when European Christendom became static and inward-looking, along came the apostolic orders from the 16th century onwards to keep her on the road.

As we reflect on what it means to follow Christ in these early years of the 21st Century, the consecrated lives described in this report can inspire us in our quest, keeping us real about our world and rooted firmly in the Gospel.

It is a privilege and a pleasure to commend this excellent report
by the Centre for Theology and Community on the contribution of monastic and apostolic religious to life in East London. Profoundly ecumenical in its vision, it is a timely and inspiring contribution to a wider discussion about how the Christians in this part of the world are to live out their vocations with both creativity and fidelity.