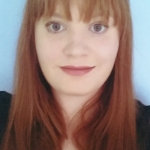 Here is another blog from one of our summer interns. This time, Laura MacFarlane talks about her time in Peckham, helping the church campaign for a better local park…

I was brought up in a village in a rural area of Portsmouth. Community was always very important to us, both as a church and as a family. We were deeply involved in the life of the village and I always enjoyed meeting people from different walks of life, working together with those from different churches and groups.

After finishing school, I went to Exeter University to study theology. I became more and more interested in the way that Jesus worked in communities, and also began to understand more fully the problems that existed beyond the boundaries of my little village. This led me to complete a project addressing the problems with the welfare state, following which my lecturer recommended the CTC summer internship to me.

I was immediately excited by the idea of helping a church become more involved in the community, although I had little idea what community organising was. Throughout my first week of training I found myself becoming more and more excited; there was so much to take in but I could tell that I had discovered something special.

Once the training had finished I started working towards a project which had been in the works for almost a year. A local park in Peckham, where I was based with the Copleston Church and Centre, was in need of refurbishment and protection from violence and vandalism. A group of local people were petitioning the council to commit to helping the park. The project culminated in a fun-day at the park, during which the council made their commitments to 400 local children and adults. 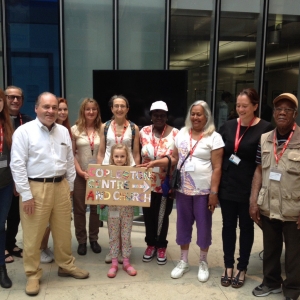 Meeting councillors to get better street signs for the church

People from many areas of the community came together to form the Friends of the Park; they worked hard together and all felt fantastic after the event. I fell in love with organising, but was also beginning to have doubts about my own ability to organise in this place. As someone who had been bought up in a small village, I had never experienced the kinds of issues faced by these people and I did not feel as if it were my place to organise them.

I began work on my own project. Copleston has been trying for some time to get signs put up in the local area, as the church is hard to find and does a lot for the community. For our action, I and a number of church members delivered a sign, made by the children, to the council offices along with a letter. The council met with us immediately and responded very positively; the process has now been set in motion to have the signs put up.

I could not have been happier with the outcome; I felt as though we as a church really achieved something tangible. My concerns about how qualified I am have also been put to rest. I now have a new, wider idea of community; I see myself as part of a varied and exciting community of all people. I know that our shared experiences are more important than what divides us, and that as an organiser I can utilise the potential of the many local people who are far more able to address local issues than me. I hope that there is an exciting future for me in organising!