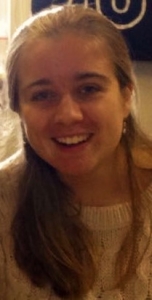 Every summer at CTC we introduce a group of young people to church-based community organising. This year we had a fantastic group. Here, Rachel Cook blogs about her placement at Holy Trinity, Tottenham….

Having been involved in various voluntary projects and charity work, for example cooking meals for homeless people, mentoring school children, the main reason I wanted to do this internship was to better understand how to tackle poverty and injustice on a larger scale.As a second year student at university sensing the upcoming post-graduation decisions and job-applications, I felt sure that working for a charity or NGO was where I was heading, but until now have had little experience of working with charities who help people trapped in poverty by the structures and systems of our society. I am the sort of person who likes doing practical tasks and seeing quick, tangible changes, so thought it would be really valuable to see an organisation committed to working long-term with governing bodies on issues, such as housing, that by their nature do not disappear overnight.

I was also really excited to spend time alongside this work listening to God, learning from the CTC staff and other interns, to grow my understanding of how faith can come into this sort of work, and God’s heart for justice.

After the training days I was placed at Holy Trinity, Tottenham for the month to continue work on their ongoing campaign to get a safer road crossing. There were many new experiences for me in this placement: the type of church, and the fact that a church was involved in a project like a road crossing campaign, both immediately presented many questions in my mind. I spent some time chatting with church members and other people in the surrounding community (the campaign was already quite well-known, and the cause a source of unanimous local anger) and on my third Sunday we had our ‘action’, involving processing out of the church as a congregation onto the roadside, where other members of the community joined us. 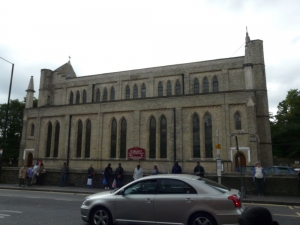 Holy Trinity is near a very busy road, without a crossing – the church is campaigning to change that!

We heard from a few local people including a local councillor, and then we all crossed the road accompanied by people dressed in red and green to represent our ‘ask’ of a pedestrian crossing. Though no one from TfL (who we were targeting) was present, it was a well-received event that produced a sense of unity and action about something the community feels strongly about. I hope this success will continue to have a positive impact, both on this campaign and in the life of the local community in general.

It is impossible in these few remaining words to express the breadth and depth of how this month has enriched and inspired me in areas I had and had not anticipated, but I will just mention a couple of points… Firstly, I was so struck by the importance of empowering people in order to tackle poverty. It was incredible to spend some time with children from a Primary School who had been involved in Citizens UK campaigns, and had huge confidence and desire to change things in society for the better. Within my campaign I saw the need to build up leaders who not only had anger about the issue but a grasp that they, as ordinary members of the community, could be part of the solution.

Secondly, I have come away with a broadened vision of what the Church is and could be. I was so excited and inspired by the way that Holy Trinity was committed to serving and building up its parish. God used the month to show me how the Church has a unique place in society, in being able to bring the power of God’s love into tackling poverty in an almost infinite number of different ways according to the needs of the community. I was really inspired by the role of the local Church, and as a result am considering whether Church leadership is something God is calling me to in the future.