At Fr Ken Leech’s requiem (held today), we were invited to reflect on these words of his:

“The Eucharistic life, in which all are treated on absolute equality and in which they share, and become, the Body of Christ, is totally at variance with the way society treats people.

“Protest is a byproduct of vision. If the church recovers its contemplative vision, becomes more rooted in God, it will become a disturbing force for society.”

In his writing and in his action, Ken held together contemplation and resistance, prayer and prophecy. He recognised that a spirituality disconnected from our actual material relationships was fundamentally unChristian. By the same token, he recognised the danger of a shallow, prayer-less activism; of social action disconnected from the transforming power and love of the living God. 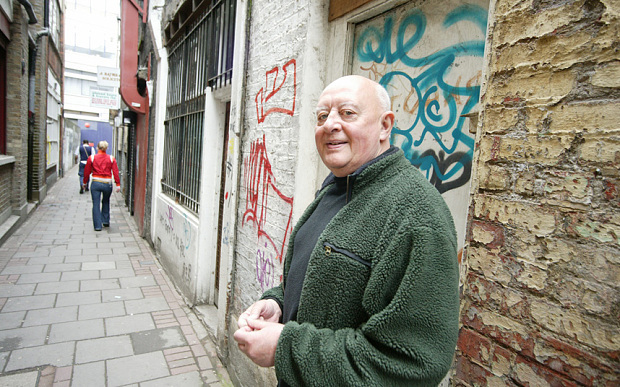 Ken rejected the separation of theology, spirituality and action. He both embodied and articulated out a “subversive orthodoxy” which recognised the radical social implications of Christianity.

In his introduction to our anthology of Ken’s work, Alistair MacIntyre wrote that “in his ability to relate contemplation to action directed to the needy and by his insistence on the need for such action to be an expression of an inner turning to God, Ken Leech has taken the tradition of Catholic spiritual writing one stage further, posing often neglected questions about the spiritual dimensions of radical action.” He singles out True God for particular praise: “there are few other books that state in so comprehensive a fashion what is at stake in believing or not believing in the God of Catholic Christianity.”

The hymns chosen by Fr Ken for his requiem were deeply hopeful – there was a strong Easter feel to the whole liturgy. For Ken, Catholic Christianity was not about an escape from the harsh realities of the world. Rather, it was grounded in a faith in God’s ultimate victory.

For me, the service was about hope as well as sorrow – about the ways in which Ken will continue to inspire and challenge us and the reality of our continuing union with him in the Body of Christ. Ken’s voice needs to call us out of despair as well as complacency – to believe that the life and love we celebrate in the Eucharist is the power which holds universe in being, a power which will ultimately defeat the forces of greed, violence and destruction.

In the words of one of the chosen hymns:

And though the news did seem
too good for our believing,
‘Tis not an empty dream
too high for our achieving.
He triumphed in the strife
o’er all his foes he towered;
they killed the Prince of Life
but he hath death o’erpowered.

One Response to Subversive Orthodoxy: remembering the inspirational Ken Leech…