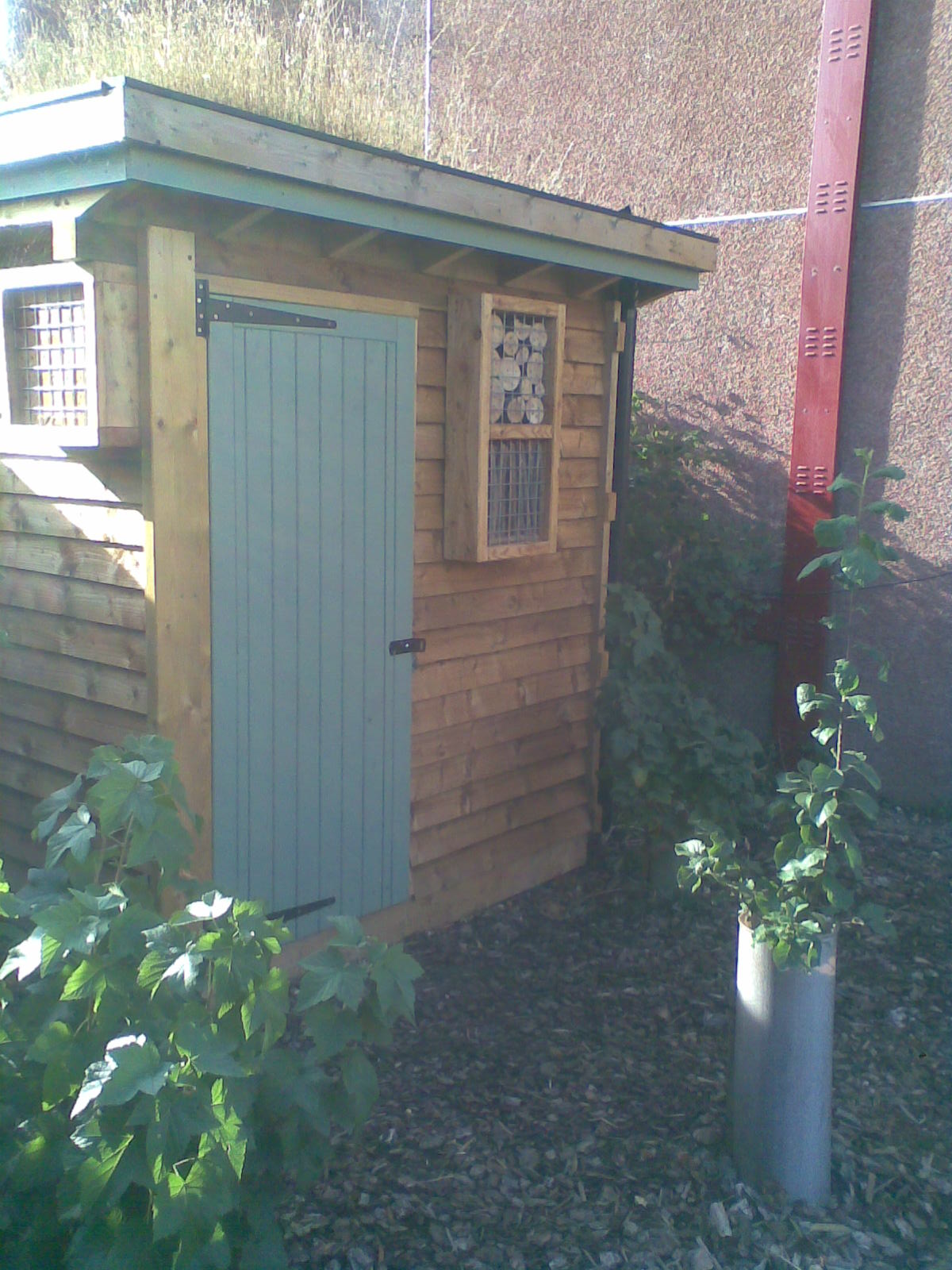 One of our Near Neighbours projects in east London had a fright recently – the shed where the Clapton Park community garden’s equipment was being stored had been found open. Project co-ordinator Rob Elliot takes up the story…

Sometimes you wonder if the community work you are doing is worthwhile. Are people getting it? Are they owning it? It can be hard to get a tangible answer to these kind of questions and then you accidentally leave a shed open… and are surprised to see an answer staring you in the face.
A couple of months ago I left the shed open, full of tools and equipment. The first I learned of it was when I returned a few days later to find a new padlock on it. ‘Oh no!’ I thought someone has seized the shed, taken the tools, maybe even moved in… my mind raced. In a few seconds I thought of all the people I knew who may have a reason to use it for their own ends. The young kid who had threatened to claim it as his own, the local businessman who had asked if he could store stock in it, the women who had seemed so territorial.

.
In panic I went round to the nearest house to see a lady who was involved in supporting the creation of the garden. It had taken a lot of persuading and confidence building to get her involved (could she have had something to do with it, I wondered?) The door opened, and with a big smile on her face she asked, “You just tried to get in the shed Rob?” “Yep!” And the story unfolded…

.
A local mum whose garden over looks the plot had seen the shed was open, wondered what to do, knocked on a few doors and eventually found her way to Helen, whose door I now found myself at. Another neighbour, who also gardens in the space, provided a padlock. The kids from the after school club had noticed as well, and not touched a thing, telling their leaders about it instead.

.
All the people involved in this story use this space. Each of them showed a care and a concern for it. And for me. As Helen told me this story I began to get an answer to my questions. There was no better way of being told that the young kids, the territorial mums, the club leaders, the businessman all accepted the garden, respected it, valued it. Is it worthwhile? Yep. Are people owning it? Yep.

.
The garden has plots in it which are used by two Muslim families, three single Mums, a church group and an after school club. It is open access and everyone respects it. One year into the project there has been no vandalism, no graffiti, and only one argument, which eventually led to someone else joining in the gardening!