It’s impossible to fully make sense of mass murder. Whatever reason is given, the sheer horror of the murder of 12 French people in their own capital city will always be tinged with the simple thought… why? As I mulled over the events in Paris with colleagues, our minds turned quickly back to an event we’d been part of exactly a week prior to the shootings.

Alongside our friends from Citizens UK, a group of us from churches, universities, mosques and other civil society institutions had gone to Wonga’s HQ as part of our ‘Just Money’ campaign to make the financial system work better for people. We were celebrating the long-awaited introduction of a cap on the cost of credit which we have campaigned for repeatedly. Our main spokespeople were The Bishop of Stepney, The Rt Revd Adrian Newman, and Dr Muhammed Abdul Bari from East London Mosque. Christians and Muslims mixed as we told Wonga to respect the cap and asked for a meeting with them to discuss their business practices. You can see coverage of the good-natured demonstration from Channel 4 News and Yahoo News. 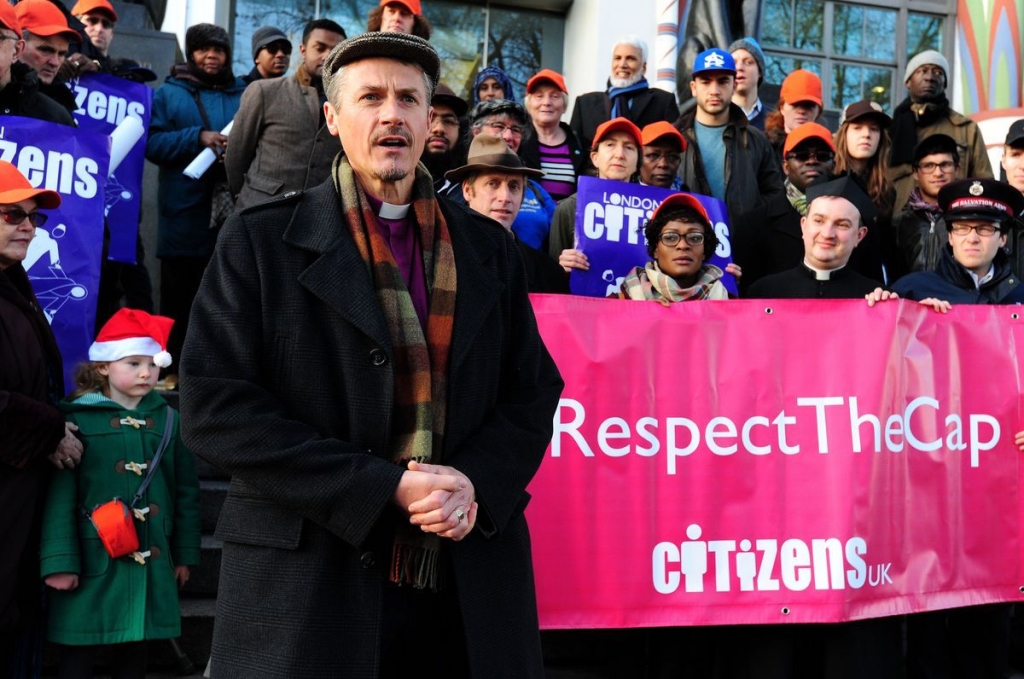 Our minds turned to this event because it is just the latest example of Christians, Muslims, those of other faiths and none taking action for the Common Good. We see it all the time in our work and in that of our friends from Citizens UK. We clearly have theological differences with our Muslim friends. But that shouldn’t and doesn’t stop us working together on issues of common interest, such as curbing usurious lenders like Wonga.

Fast forward a week and it was no surprise to see a multi faith delegation from Citizens UK being welcomed by the French Ambassador. Because of our history of solidarity, we were able to call together Muslim and Jewish leaders (alongside our own Director, Canon Dr Angus Ritchie) at very short notice. They were there to represent the hundreds of faith and other institutions which comprise Citizens UK, but also to represent wider civil society. They expressed our sorrow by signing the book of condolence. The Ambassador was keen to meet more Citizens UK members so came out of the Embassy to chat to those in the delegation outside. 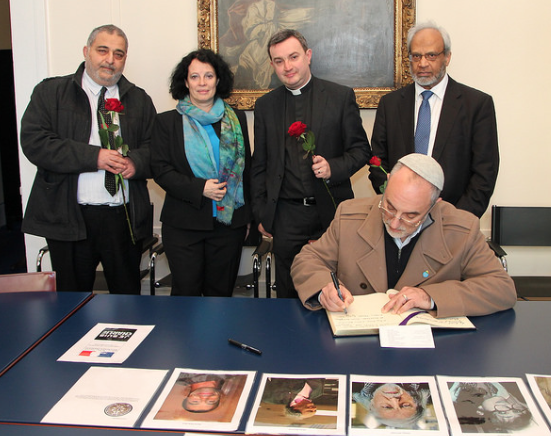 Our patient work in building relationships with our neighbours won’t always have obvious results. But whether it’s challenging the power of the payday lenders, or offering our solidarity to the people of France, it often does have a very tangible and powerful result. We plan to keep building and strengthening those relationships throughout 2015…

Note: Bishop Adrian and Dr Bari wrote this piece in response to the Paris attacks. It is well worth reading.