Recently, Durham University hosted a conference aimed at Christians working to tackle credit and debt problems in communities across the UK. Andy Walton blogs for us on the work being done…

There’s something uniquely encouraging about knowing you’re not on your own. Being surrounded by people fighting the same fight is good not only from the point of view of sharing information and tactics, but possibly even more importantly, the impetus and energy gained from finding out there are others in the same battle is vital.

This was brought home to me recently when surrounded by people from churches across the country who’d got together at a conference in Durham to discuss their work in tackling personal debt, creating better forms of credit and innovating within a system which still allows far too many people to fall through the cracks and into crisis situations.

The Conference, at Durham’s St John’s College, was open to anyone, but especially invited people from churches and other Christian groups who are working in this area. Personal debt and its impacts have long been an area of action for Christians and that instinct was given a large boost when the Archbishop of Canterbury famously declared the ‘war on Wonga’ in 2013. 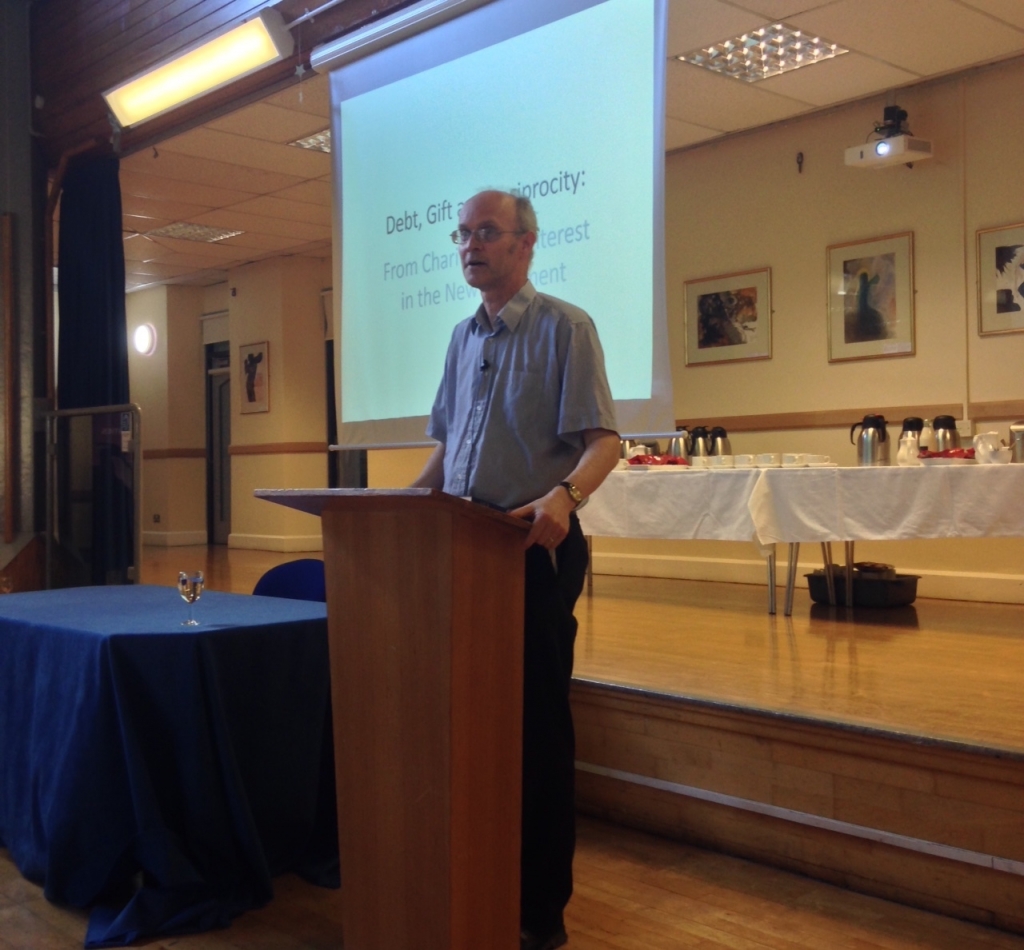 Since then, through my work at the Centre for Theology & Community, I’ve been fortunate to meet many, many people for whom seeing relief from debt for people is a burning passion. The Durham event was a case in point. There were groups from across the theological spectrum involved. The Quakers have a programme fighting funeral poverty and the terrible consequences that debt can have at a time which is already filled with grief. Meanwhile, Christians Against Poverty offer their clients the chance to become debt free – as well as a chance to be prayed for or become part of a church family, if they choose.

Of course, there is a sadness that so many groups need to be doing this work at all. We heard stories from the Trussell Trust of people going hungry because of debt. We heard of the difficulty of creating an alternative to payday loans that is still cost effective for providers, although Credit Unions and other exciting ventures are beginning to get close to cracking it.

What makes the Christian contribution to this area exciting is that it is drawing on a long history of theology and action going back thousands of years. In Durham we heard from scholars about how the work we were doing is part of this long tradition. Prof John Barclay, the Lightfoot Professor of Divinity and a leading New Testament theologian, gave a presentation on the importance of reciprocity in the thinking of St Paul. While it would have been easy for this information to seem arcane, it was anything but. In Prof Barclay’s presentation, it became clear how contemporary consumer credit and debt relations have gone wrong. The Christian tradition prioritises the importance of gift, reciprocity and relationship – something which can’t be said for the vast majority of the way our current system works, for the most part.

Professor Anna Rowlands gave a presentation on Catholic Social Thought and the way Christians have thought about debt through the ages. She highlighted the Living Wage campaign as an excellent example of the way that Christian Social Teaching has been put into action in a tangible way in the 21st Century. The challenge felt around the room was to build on this (and the fantastic work of all the organisations represented in terms of debt counselling, food banks, money management, community finance initiatives and so on) and create a financial system which honour human dignity and promote the common good, rather than merely serving a small elite.

There is no shame in admitting that even with all the wonderful organisations and people gathered together, we didn’t have a comprehensive answer to the complex problems of debt and credit in the UK. Yet, by getting together and sharing, not only did we realise that the fight was going on in all sorts of interesting places, we saw that we weren’t alone.

One of the most insidious consequences of problem debt is the way it can isolate those suffering from community, friends, and even family. If those of us campaigning for a better financial system feel similarly isolated, then the result could be discouragement and ultimately a defeatism in the face of the vast and multifarious problems of our contemporary financial system.

What we saw by getting together was not only that there are many others at the coalface, but that we have the resources, the creativity and the determination to make a difference.