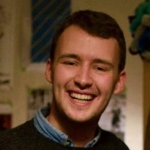 Dave Morris took part in this summer’s Urban Leadership School, interning at Ilford Salvation Army. In this blog, he reflects on the central role of sharing and listening to stories in the practice of community organising.

Something that has brought together all of the interns on the Summer Internship is story-telling. In the remembering and the telling we have all learned so much about ourselves and each other.  Sometimes we are in stitches laughing; other times they’re followed by a weighty silence. But every single story has given me insight into who that person is.

One of the great messages that came from our training with Citizens UK was that we should always be curious about others. It has given me permission to delve into a person’s story and cut through the small talk. In learning and practicing this with my fellow interns, and throughout the course of my placement, I have been able to establish and deepen relationships with those I have encountered.

For the last month, I have been working at the Salvation Army in Ilford. Most of my work has been centred on a celebration event for a 40 bed pop-up hostel called Project Malachi. The project began when a 9 year old boy named Malachi sent a letter to Salvation Army Ilford with a £5 note attached. It read:

I pray you get money to buy houses for everybody.

I have five pounds from the tooth fairy.   Please use it to buy a home.

I hope you have a good day.

After a few years of planning, The London Borough of Redbridge agreed to make a site available to The Salvation Army on a five-year lease for the project that Malachi inspired. This site – 1a Chadwick Road – is significant for the Salvation Army, as it was where they first met in Ilford, on March 8th, 1886. Not only is The Salvation Army in Ilford returning to its physical roots but also its spiritual ones, by serving the people of Ilford, especially the vulnerable, in a new way.

Telling this story is not merely about publicity for this project. I tell it because hearing stories has been how I have learned the most about the community I’ve been working in. The word that has most defined my experience of this internship has been ‘listen’.

My placement has given me the opportunity to listen to diverse narratives which have encouraged me, shaped me and challenged my preconceptions. The only way that this can happen is by valuing people and valuing their stories – something I’ve had to learn to do well in the last 4 weeks. This is not an idea which is unique to community organising. Genesis chapter 16 describes the way in which Hagar, a slave, is rejected by Abram and Sarai and sent out into the desert. When she is found by God in the desert she names God. “She gave this name to the Lord who spoke to her: ‘You are the God who sees me,’ for she said, ‘I have now seen the One who sees me.’” Allowing people to be seen and heard by valuing their stories and the stories of their places does not only build relationship or let us begin to address issues of social injustice. Allowing someone to be seen and heard, especially someone who has known rejection and marginalisation, is to do what God has been doing from the very beginning of his story and ours.