The 6th-8th of November saw the first ever ‘Show Up Weekend,’ hosted by Christians in Politics for over a hundred delegates – involved in or exploring a role in politics – from across the UK. Selina Stone attended the cross-party initiative on behalf of CTC, and explains what made it such a momentous event…

“Christians in Politics (CiP) seeks to equip Christians to engage positively in party politics and government by presenting the biblical basis for participation, as well as practical resources and networking opportunities. They are committed to building relationships across party lines, practising servant-leadership and recognising the importance of the Church. It sounded good to me!

In the run up to this year’s General Election, CiP launched the national ‘Show Up’ campaign. The agenda was to encourage Christians in local churches and organisations to recognise and utilise their political influence in the run up to the election and beyond. The campaign was supported by a wide range of national and international organisations, including us here at the Centre for Theology and Community.

This significant weekend represented a first step in the ‘beyond the election’ phase of the agenda. The conference brought together a rich and diverse group of new and experienced Christian academics, local councillors, church leaders, business owners, charity workers, MPs, students and activists. 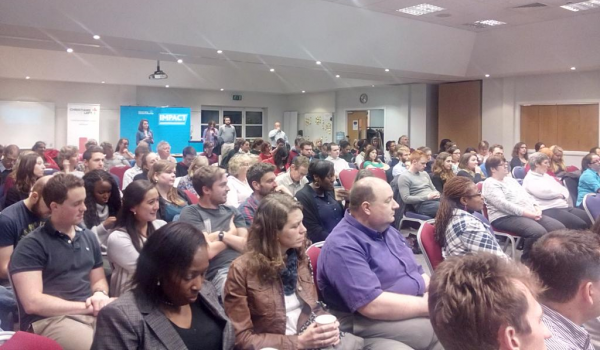 ‘Participate, don’t just commentate” is the slogan for Christians in Politics and this weekend was a clear demonstration of a commitment to action. The organisers created a programme with a balance of practical support, academic reflection, spiritual direction and relationship building. Speakers included theologian and social critic Os Guinness, Krish Kandiah of the London School of Theology, Pastor Jonathan Oloyede of National Day of Prayer, Dr Anna Rowlands from Durham University and Pastor Ness Wilson from Open Heaven Church. Gary Streeter MP and Stephen Timms MP gave honest and encouraging presentations on the role of faith in their political careers. We also benefitted from practical workshops on party politics, the media and campaigning. Amongst the various sessions were times of worship, prayer and conversations with one another, all contributing to a spiritually rich experience for all present.

Attending on behalf of CTC, I was involved in a number of one-to-one conversations with attendees who wanted to meet with those already working in politics. As one of the only non-partisan people there, I turned out to be quite popular! It was incredible to listen to the stories of people figuring out their sense of calling, and also to share the story of my own involvement in politics. It was definitely inspiring for both sides of the conversation! On Sunday I was interviewed by Colin Bloom from, where I explained the work of CTC to a brilliant audience. Special emphasis was given to our Urban Leadership School and the Citizens UK Living Wage Campaign.

The weekend was enormously inspiring as well as helpful. For those who missed out, keep your eyes peeled for the next event. For more information on Christians in Politics, visit their website here, or follow them on twitter @CiPolitics.