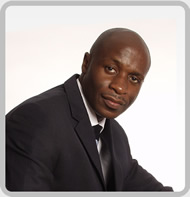 It’s been a week of action for the Jellicoe Community.  At our home, the Royal Foundation of St Katharine, a packed chapel heard Pastor Peter Nembhard’s powerful sermon on Action, Power Justice.  Pastor Peter (above) is Senior Pastor at ARC (A Radical Church) in Forest Gate, Newham – host to three of our Jellicoe interns.  He preached on the story of Moses, drawing out the ways in which God called him to channel and discipline his anger at injustice – turning him from a violent and impetuous young man, to the leader of the Hebrew slaves in their journey of liberation.

Drawing on later examples of Biblical leaders, and in particular the leadership exercised by Jesus, Pastor Peter told us that “Meekness isn’t weakness.  It is power which is obedient to love”.

…the first dozen Jellicoe interns for this summer were selected after interviews in Oxford.  We also hope to have interns from the Universities of East London, London and Cambridge
…Mgr John Armitage describing the roots of Catholic social teaching in historic struggles for justice in East London – and its more recent application in London Citizens’ Living Wage Campaign – at this term’s Jellicoe Seminar at St Stephen’s House, Oxford
…Contextual Theology Centre staff teaching on Citizens UK’s five-day training
…the launch of the Centre’s new booklet on Effective Organising and Congregational Development and a new four-week course on faith and organising – details online at peopleofpower.org