Fr Simon Cuff, Assistant Curate at Christ the Saviour, Ealing, blogs for us about a recent trip to Chicago with several other Christian leaders from Citizens UK…

Staff from CTC and clergy in our partner churches, have returned after an intensive week of learning and sharing experience with others involved in faith-based community organising.  ‘Faith Institutions and Industrial Areas Foundation Organizing’ was the theme for around 100 clergy, organisers and lay practitioners of the craft of community organising from across America, Germany, Australia and the UK.

We met outside Chicago at Mundelein Seminary (University of S. Mary of the Lake) – a significant venue. Saul Alinsky, the father of community organising, had influenced a generation of Mundelein seminarians (e.g. Msgr Jack Egan) when he began organising. The desire to have a similar impact in a new generation provided the motivation for this gathering.

Across the course of the week, the obstacles to churches’ engagement were explored and plans for the future outlined. The challenges identified were: a decline in church attendance across all denominations, inadequate opportunities for engagement with community organising as part of ministerial training, and disinterest in such work for social justice on the part of some younger clergy.

The growing range and number of congregations with which we work here in the UK testify that these challenges are not proving a barrier to success in our context . However, there remain institutions, especially in the Anglican and Pentecostal traditions, which have had some difficulty in fully embracing the potential of organising for their Christian mission. 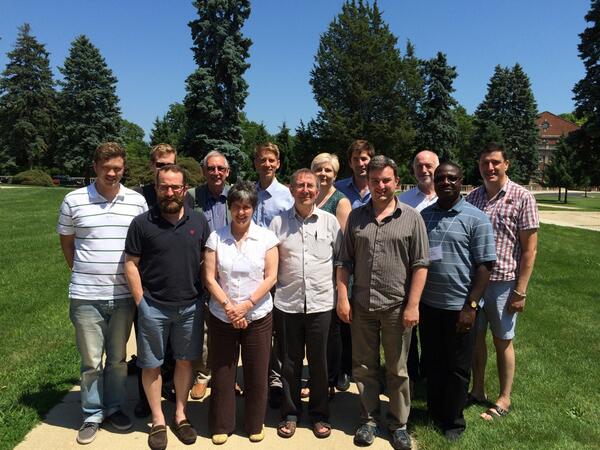 The potential for community organising to deliver as a means of church growth (beyond simply a rise in numbers) is something that CTC is beginning to explore through its work on congregational development. Our time in the US has furnished dozens more case studies like that of Fr Walter.

The other reasons identified for a decline in the numbers of new institutions in the US becoming involved in community organising both concerned the nature of theological training. Existing clergy and Christian leaders were not being exposed to the potential of community organising as part of their continuing ministerial education and discipleship. Likewise, younger (or more recently ordained!) clergy were not encountering community organising as part of their theological formation. Clergy who had encountered organising later in their ministry spoke with regret that they had not discovered the tools of trade earlier, and were misty-eyed with what might have been had they done so!

The inclusion of community organising in the syllabi of some Church of England training schemes means that the UK fares somewhat better than some denominations represented at the conference. However, we remain behind the Uniting Church of Australia who send all of their seminarians on a course of two-day training in organising. We at CTC have a unique role in clergy training in both these areas.

The  lessons of the whole week might be summed up with the word: ‘radical’. ‘Radical’ derives from the Latin for ‘root’. Radicalisation, its causes and how it might be prevented, is a topic in vogue in British religious discourse at the moment. Our time in Chicago presented us with a real radicalisation – not in the sense of a turn toward dangerous extremism – but a chance to get back to our roots.

Those of us involved in organising were emboldened to go deeper into our experience of organising, to deepen our roots within that movement. (A process aided by the international fellowship enjoyed throughout the week). More importantly, organising encourages us, and we were encouraged, to connect more deeply with the roots of our own faith traditions.

Through sharing our experience of organising with clergy and leaders from different traditions from across the world, we shared the riches and depths of each of our faith traditions. In doing so, we became not only more aware of theirs, and why they engage in community organising, but intimately more acquainted with our own, and why we should do likewise.