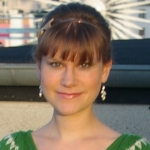 The Revd Alexandra Lilley is Curate at St Paul’s, Shadwell and a good friend of ours at CTC. Here she blogs about the most extraordinary event of the election campaign. The Citizens UK Assembly…

I am new to this.

When I first attended a Citizens UK meeting several years ago, I walked into a room where everyone spoke a different dialect from me. (Maybe that’s how people feel when they go to church for the first time.)

Doing the ‘rounds’ felt cringey and contrived; I didn’t listen to anyone else because I was worried I had so little to offer. I didn’t want to be ‘organised’ thank you very much, nor did I want to ‘organise’ anyone else – how terribly pushy. And I certainly didn’t want to conduct a ‘listening campaign’ by accosting complete strangers in my neighbourhood. I am, after all, very much an introvert. I popped Citizens on the shelf and allowed it to get dusty.

Moving to Tower Hamlets was a chance to get it back down again, blow off the cobwebs and give it a second chance. The two-day training explained the units on which community organising is built and some of that alien vernacular entered my vocabulary. But it wasn’t until the Citizens Assembly this week, that the clunky structural stuff took on flesh and bones – and tears and significance.

The first thing to cheer was the tone of the whole event. No booing, no heckling – silence is a strong enough indicator of disagreement. Instead, plenty of whooping and applause for anything good, even if it comes out of the mouth of someone standing on the other side of the political fence. Commitments that had been upheld were honoured with thanks and a bouquet of flowers. Nick Clegg was thoroughly disarmed: “I’m so used to being told where I haven’t delivered, that I’m slightly overwhelmed when I’m thanked for something that I have delivered.” 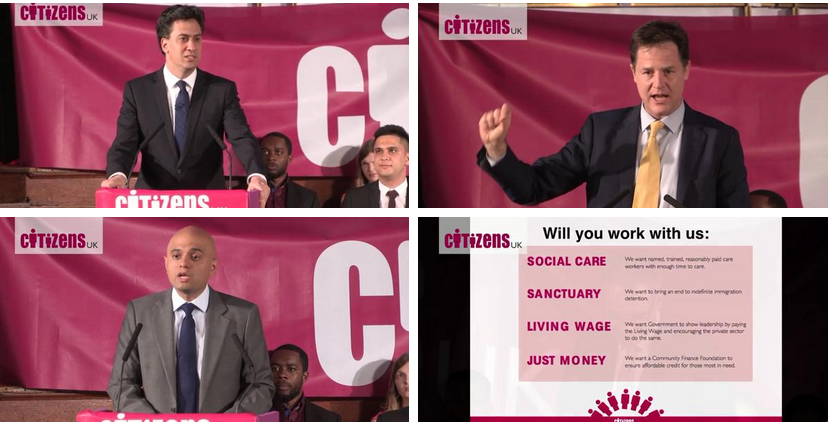 Secondly: the diversity. Some conferences (including those I’ve organised), shoehorn in people to attempt to represent those who are young/old, black/white, male/female and from a range of backgrounds. Here, the people who took to the stage fully represented the people in the audience, who in turn, represented the people of the UK. Sure, there may have been a careful selection of speakers and presenters, but there was no tokenism here. For me, this rich variety of voices collectively revealed something of the splendour of God.

Thirdly, the engagement of young people in this grassroots political movement, who at one point received batons from veteran Citizens’ campaigners. In particular, there were many young, black men and boys involved in the event – a segment of the population, so often stereotyped either as apathetic or victims. These guys were the antidote to those labels, bubbling with energy and hope.

Fourthly, there was no coyness or political correctness around the hot topic of religion. We had a colourful Jewish community choir, Muslim girls singing nasheeds and a Pentecostal gospel choir belting out their love for Jesus. We were out and proud in our clerical collars, hijabs and Salvation Army uniforms. There was no wishy-washy, liberal squeamishness: our identities as people of faith – and proudly different faiths – was celebrated.

Finally, and most importantly, here was a stage on which the powerless came face to face with the rulers of our nation, telling stories that spoke defiantly in the face of calculated policies. Perhaps most potent was the 13 year old boy, who appealed for his father, a cleaner in Whitehall, to be paid the Living Wage. Carers, migrants, those who’d been trapped in debt – here were some of the most vulnerable people in our society, standing as equals on the platform with Miliband, Clegg and Javid (standing in for Cameron).

Speak out for those who cannot speak,

for the rights of all the destitute.

defend the rights of the poor and needy.

Here no one spoke out for those who are marginalised. Here these citizens had the dignity to speak out for themselves. It was moving and meaningful, and felt a little like God’s kingdom living and breathing in Westminster.