CTC Director Angus Ritchie is spending August in Hong Kong – where he is helping to train local leaders in community organising. In this blog, he reflects on the opportunities and challenges of organising in new countries and contexts…

Broad-based community organising (as practiced by Citizens UK and CTC) has its roots in the Chicago of the 1930s.  As times have changed, and as it has been taken up in different contexts, it has had to adapt.  But the core principles remain the same: building a more relational culture; being positive about power (so that people in the poorest communities build relational power – ‘power with’ – as a counterweight to the dominant power – ‘power over’ – exercised by a privileged minority); developing grassroots leaders through action, and through all of this, strengthening the institutions of civil society.

Inspired by the experience of the diaspora communities in London, there is now interest in broad-based organising in a number of African countries.

Over recent years, something similar has been happening in Hong Kong.  A number of Hong Kong residents have come to work in London, organising in the Chinese diaspora.  Having experienced organising in London, two of them (Joy and Daniel Lam) returned to Hong Kong to found HK Citizens.  It is the first attempt to develop organising in the Far East – and in a less than completely democratic context.  (Free speech and human rights are guaranteed in Hong Kong by the “one country, two systems” arrangement which was negotiated when the UK handed the colony back to China in 1997.  But this arrangement is only guaranteed until 2047, and the system for selecting Hong Kong’s government is complex and controversial.) 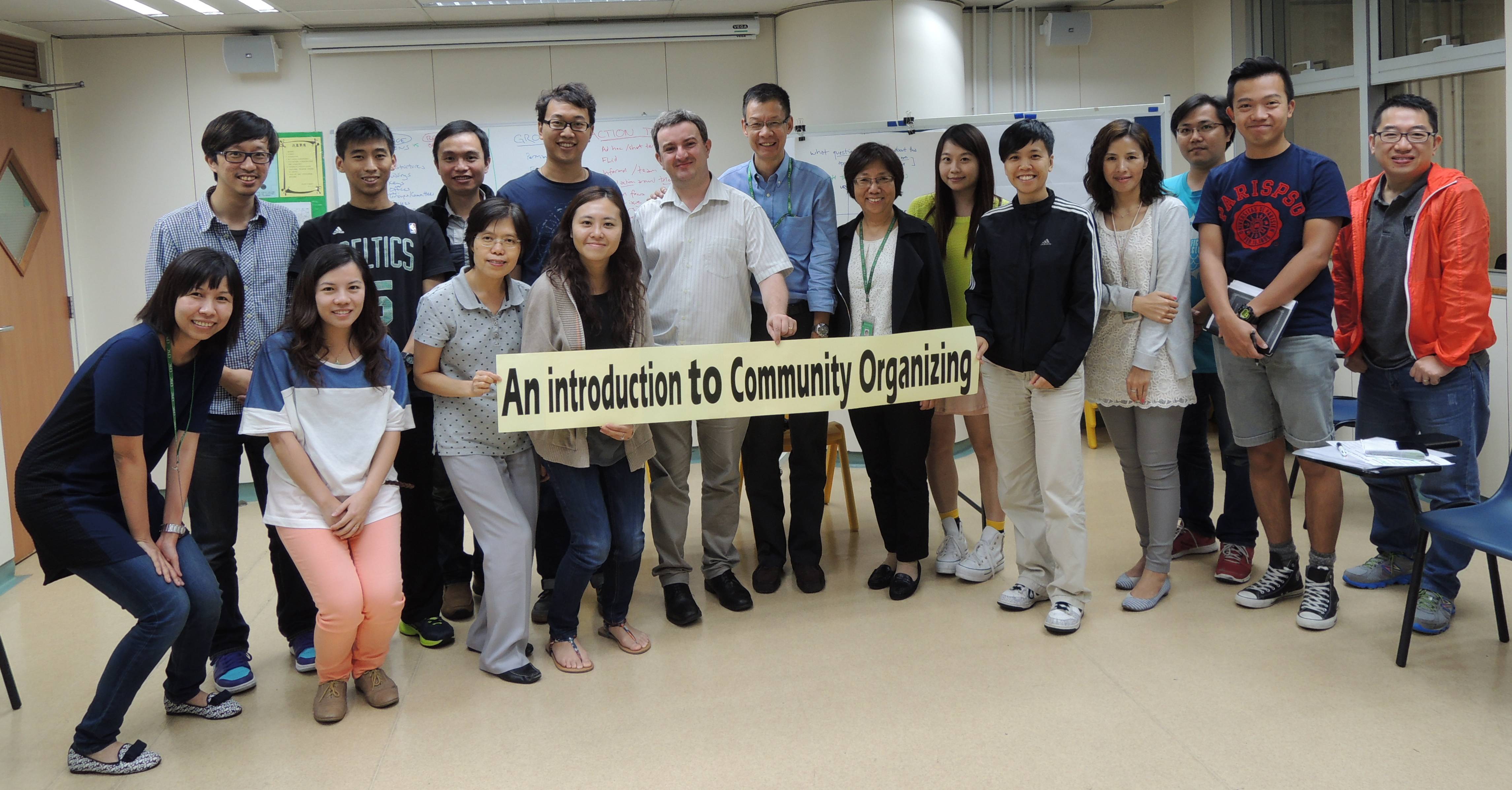 CTC is developing a strong relationship with HK Citizens.  This summer, we have delivered training to 18 social workers at the Christian Family Service Centre in Hong Kong, introducing them to the core concepts of organising.  Over three full days, the curriculum included:

– Living in “the world as it is” while working for the “world as it should be” (taught through a role play which the social workers entered into with real gusto!)
– What is a broad-based community organising alliance?
– Building “power with” others to challenge unjust “power over”
– Discerning and organising around people’s shared interests
– “One to one” relational meetings – their practice and purpose in organising
– Planning, running and evaluating a public action
– Moving from a culture of maintenance to a culture of relationship and action

The training was delivered through a mixture of talks, role plays, group discussions and “one to one” sessions – and has led on to an appetite for continuing engagement.  Participants have been reflecting on the ways the practices of organising can be used in their existing work (in a variety of contexts, including schools, detached youth work projects and community centres), as well as finding out more about the fledgling HK Citizens alliance.

The group was convinced that organising had real potential in Hong Kong, and there was honest discussion of the particular challenges faced in a different culture – especially when, under both UK colonial rule and the current arrangements, Hong Kong has a lively culture of political protest but not such an experience of democratic participation.  One of the challenges of organising in Hong Kong – but also one of the reasons it has such exciting potential – is that it involves a move from simply protesting to a more pragmatic engagement with the realities of power (living in “the world as it is” as well as working for “the world as it should be”.)  The dominance of the market and a less-than-democratic state in the lives of Hong Kong’s resident means that the challenge of strengthening civil society both difficult and vitally important.

Over the last few weeks, I have met with a number of other Christian leaders involved or interested in broad-based organising in Hong Kong.  Again, there is an appetite for ongoing engagement – and some exciting ideas about how it might happen.  As CTC’s Urban Leadership School develops an international internship, we plan to bring Christian leaders from Hong Kong to experience organising in London, and to reflect on its application in their context.  We also hope to bring church leaders from different denominations in the UK to meet their counterparts in Hong Kong and discuss the opportunities and challenges of organising in “Asia’s world city.”

3 Responses to Citizens Hong Kong: Community Organising across the world