David Barclay, the Centre’s Faith in Public Life Officer blogs about the recent day of action he co-ordinated for the Just Money Campaign.

Just Money is a joint initiative of CTC and Citizens UK which seeks to make financial institutions work better for our communities.

On 1st July every year in Trafalgar Square in central London, there’s a big celebration of Canada Day. But this year, it was a memorable day for groups elsewhere as well. Students, churchgoers and other members of Citizens UK came together to take action on the payday lending problems blighting their communities.

On the same day as the Government held a summit on whether the UK needs more regulation of the payday sector, the Just Money campaign was out in force in Bethnal Green, Brixton, East Ham and Nottingham to point to Canada as an example to follow. 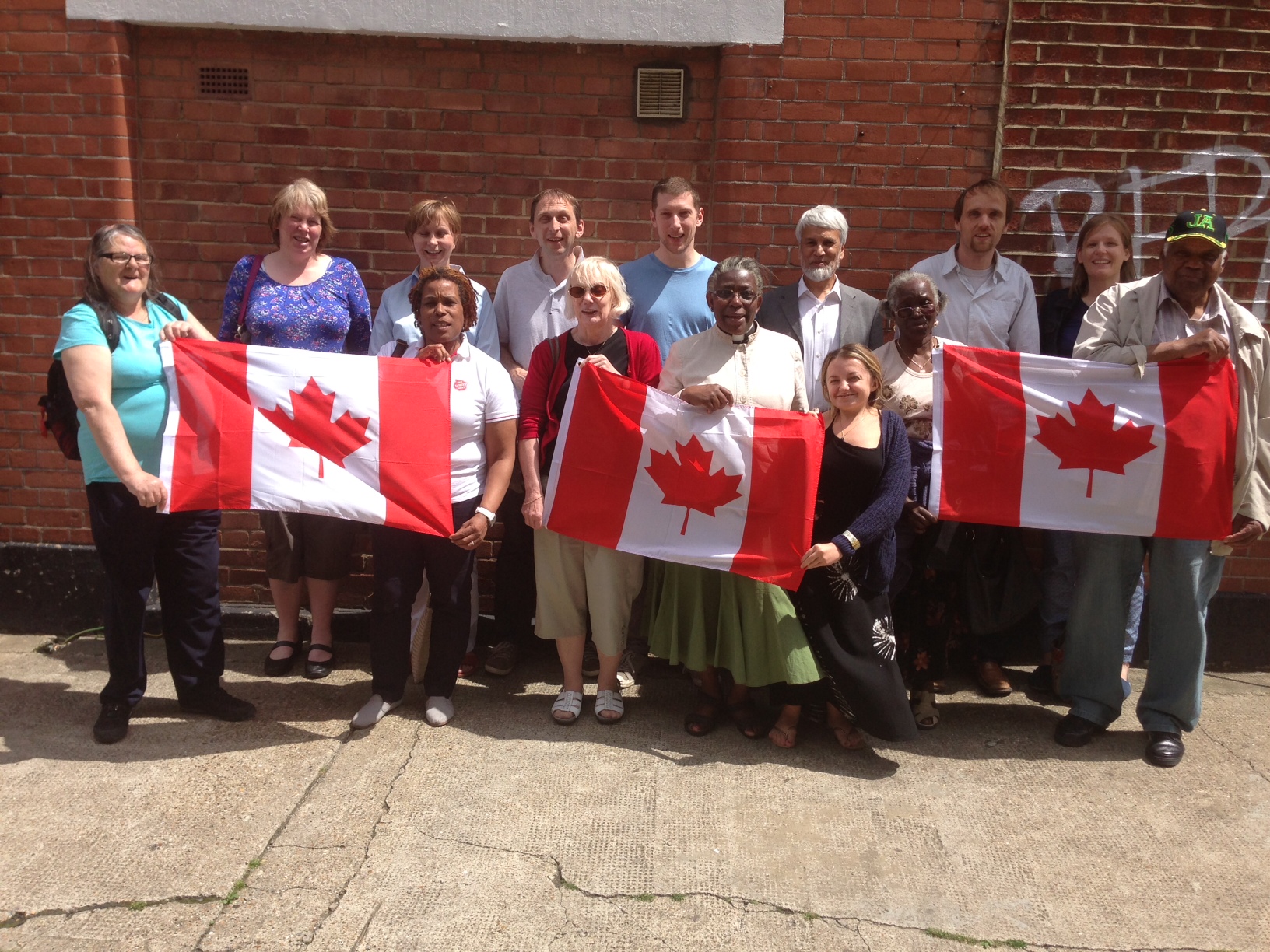 Our research had found that in Canada payday lenders operate under a strict Code of Practice, which forbids them from extending people’s loans (known as ‘rolling over’) and from selling individuals multiple loans. The Code also stipulates that there should be information available in stores about free debt advice and money management support. Some companies in the UK, like The Money Shop, also operate in Canada where they happily abide by these rules.

The situation in the UK, however, is very different. Our ‘Money Talk’ listening events have heard many stories of people getting trapped in spirals of debt through rollovers or by taking out multiple loans to try and stay ahead of the debt collectors. So we wanted to engage with The Money Shop and secure a meeting with senior staff to discuss how we might work with them to bring their Canadian practices to the UK. 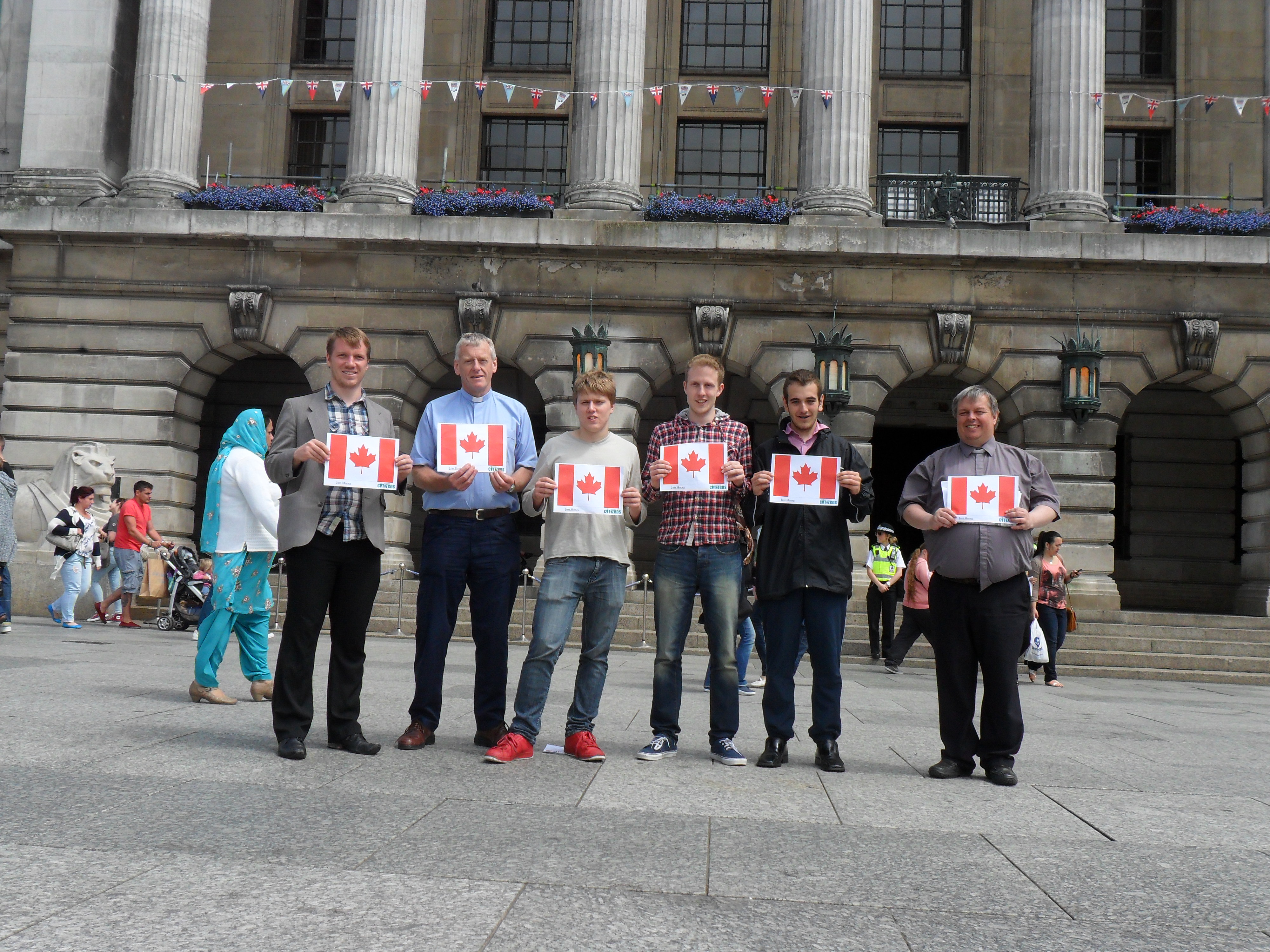 Nottingham Citizens outside the Council House

The event consisted of 4 mini ‘actions’ in each of the different areas. In each of them groups from diverse local institutions gathered and took some photos with a Canadian theme before going out onto the high streets. One team then handed out flyers about the Canadian code of practice and engaged the public in conversations whilst another team went into payday lending shops to ask how their policies compared to those in Canada. 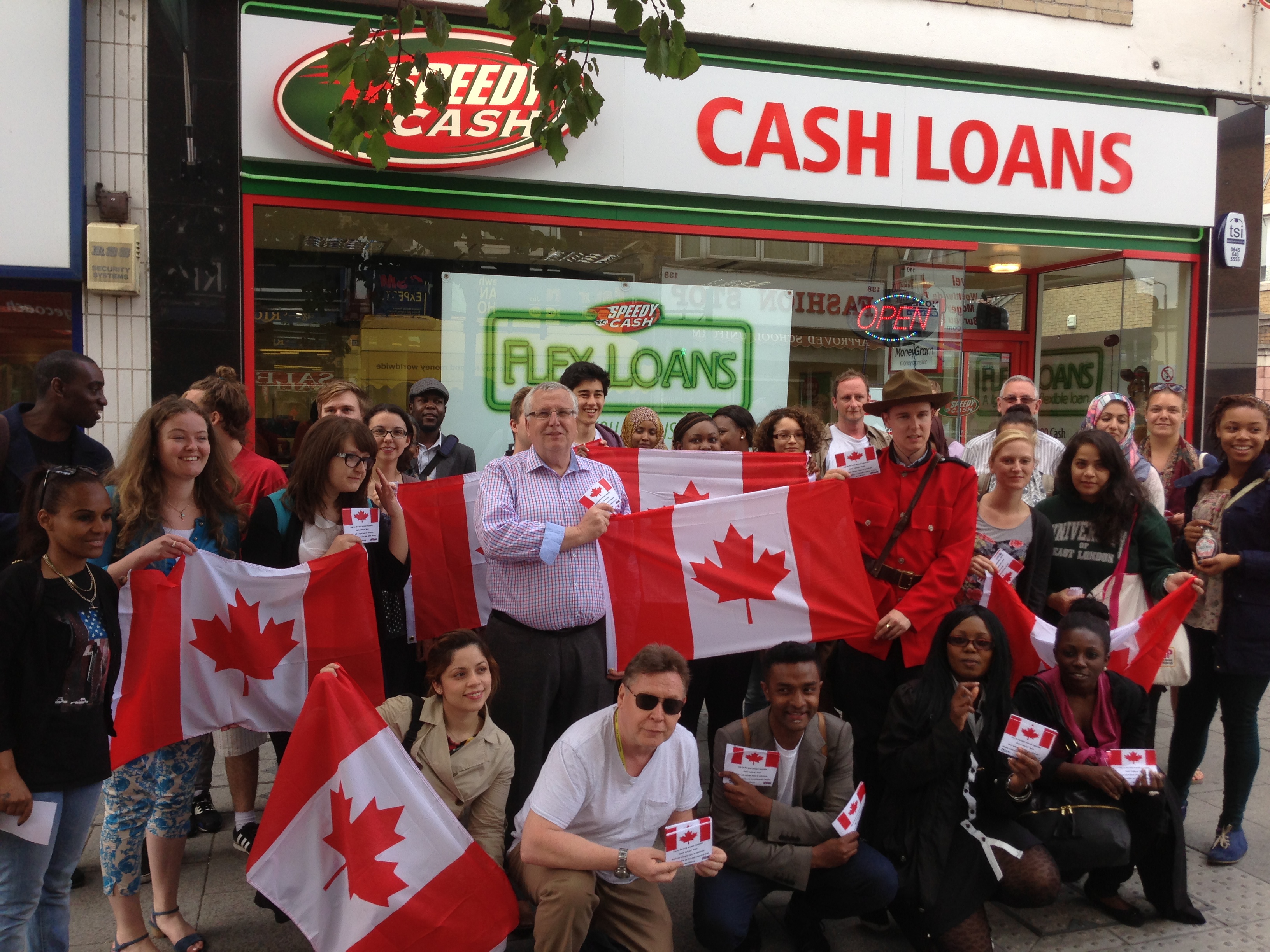 The action was a strong success. We achieved our primary aim of getting a meeting for later this month with the The Money Shop. We also gathered lots of momentum, made new connections between people in the local teams and involved new groups of people. We also had good press coverage, with ITV, BBC East Midlands, BBC Radio 5 Live and East London local news all reporting on what we were up to.

Overall it was a great step forward for the campaign in taking the fight to exploitative lenders and making fair and affordable credit available to all.

See a further report on the University of East London website here.