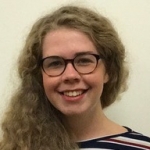 After the first six weeks of this year’s Buxton Leadership Programme, its new Co-ordinator Miriam Brittenden reflects on the way in which it offers “a new kind of politics”…

Rarely has the UK felt so bitterly divided, and rarely has ‘politics’ as it is conventionally understood, felt so broken. Three years of in-fighting, intractable disagreements, and a profound inability to compromise over the dreaded ‘B-word’ have worn down the morale of the nation. We stand at a pivotal moment in our history, and yet many would be forgiven for wanting to turn away from politics altogether.

If the chaos that has ensued following the EU Referendum has taught us anything, it is that people in the UK are crying out for a different way of doing politics, one in which ordinary citizens are empowered to shape the issues which affect their families and communities, in which all power is held to account, and in which all work for the Common Good across diversity and difference.

Into this challenging yet exciting landscape step the new Buxton Leadership Programme Class of 2019-20. It is a joy and a privilege to welcome Priya, Rhiannon, Charnelle and Alasdair, and all the gifts, imagination and enthusiasm they bring to their new roles.

What are we trying to do?

The Buxton Leadership Programme (BLP) aims to give young Christians a vision of a renewal of politics based on relationships, community and the Common Good. By spending half their week in Westminster and the other half of the week community organising with a church on local campaigns, participants gain a realistic understanding of how politics and power currently operate, and how this affects ordinary people in their communities.

The BLP, founded in 2013, takes its name and inspiration from Sir Thomas Fowell Buxton, the 19th century social reformer and abolitionist who lived in the east end of London (near to CTC’s home in Shadwell) in the early 19th century. He was inspired to go into politics by witnessing the horrific conditions in Newgate prison where his sister-in-law Elizabeth Fry was working. As an MP he took over the leadership of the abolitionist movement from William Wilberforce, spearheading the campaign which led to the banning of slavery in the British Empire in 1833.

For the first of this year’s seminars, we were lucky enough to have David Barclay with us, who founded the programme in 2013, and came to talk to us about some of his reflections on Sir Thomas’s life and legacy, as a Christian who faithfully sought to make politics his mission field . Indeed, there are a wealth of lessons can be learned from Sir Thomas’ life which can guide this year’s Buxton interns.

Firstly, Buxton sought change from both from both a ‘high’ and ‘grassroots’ level, building relationships in parliament, as well as with local networks and campaign leaders throughout the country.  Secondly, he used a variety of creative tactics to achieve change – indeed – many of the tools and tactics we know to be crucial to modern campaigning originated with the abolition movement:  including petitions, boycotts and campaign icons. Community organising, as this year’s Buxtonians will find, requires imagination and creativity. Previous Buxton placements have featured all manner of weird and wonderful actions, from changing the words of a Christmas carols sung in a video sent to Transport for London, to parading draped in fairly lights to highlight the need for better lighting.

Crucial to Buxton’s mission was the art of negotiation, compromise and relationship with power. The 1833 Slavery abolition Act came about only after considerable and hard-won negotiation in parliament.  Negotiation and compromise, as Priya, Rhiannon, Charnelle and Alasdair, will be exploring, are at the bedrock of all political change, from the very local to the national and global – be it organising for lighting in a local park, or a radical new piece of legislation.

Finally, what stands out in the life of Sir Thomas, is that in all of his remarkable endeavours, the constant was his faithfulness to Christ. This is captured beautifully in a letter he wrote to his wife in 1817:

‘My mission is evidently not abroad, but it is no less a mission on that account. I feel that I may journey through life by two very different paths, and that the time is now come for choosing which I will pursue. I may go on, as I have been going on, not absolutely neglectful or futurity, nor absolutely devoted to it…. The other is a path of more labour and less indulgence. I may become a real soldier of Christ; I may feel that I have no business on earth but to do his will and to walk in his ways, and I may direct every energy I have to do the service of others….’

For the Buxton interns, being anchored in their faith will be crucial, and as such a key part of the structure of the programme is reflection and spiritual mentoring. 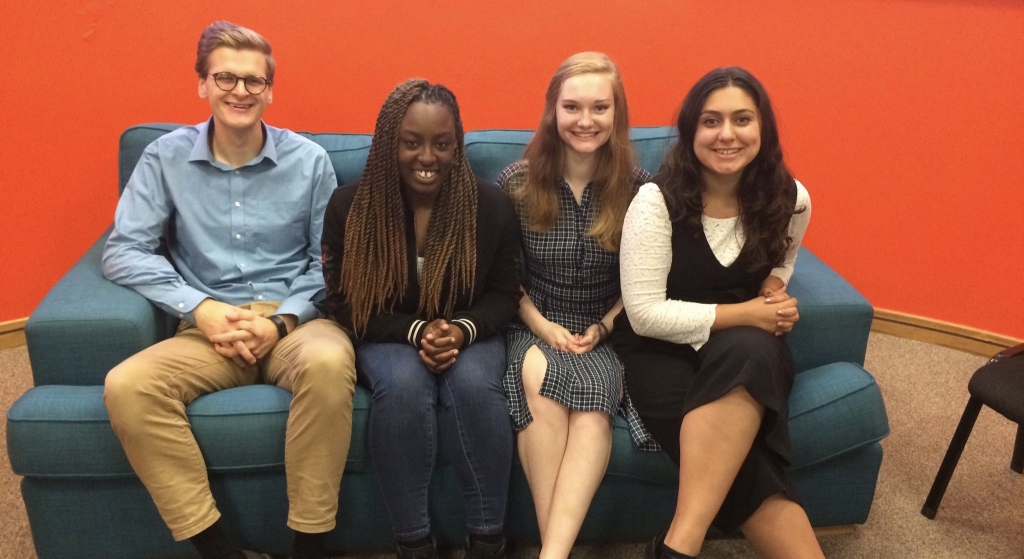 So how will our interns be following in the footsteps of Sir Thomas this year?

Priya Rockley, who comes fresh out of a degree in European Social and Political Studies at University College London, having experienced the power of the church as a vehicle of social change through extensive volunteering, will be organising with St Barnabas Church Ealing supporting the growth of a ‘Shhh-free mass’ for local children and families. She is also going to be working for the long-serving Christian Labour MP for East Ham, Stephen Timms, assisting him in his parliamentary and constituency duties.

Rhiannon-Monk Winstanley, who recently graduated from Durham University, having studied Philosophy and Theology, will be drawing on her experience volunteering with a local night shelter in Durham as she begins organising with Ilford Salvation Army Church around local homelessness. She will also be working for the Bishop of Durham, assisting him in his parliamentary duties in the House of Lords, with a particular focus on welfare reform, and refugees.

Charnelle Barclay, who studied Politics at Warwick University, will draw on her experience working in community investment for a housing association, as she works with St Mary’s Church in Walthamstow, North East London – building relationships, organising for justice and beginning to scope out a new worshipping community on a neighbouring estate. Charnelle is also working for the Rt Rev’d Sarah Mullally, the first female Bishop of London, supporting her work in the House of Lords, and assisting with some of her diocesan duties, in particular the establishment of a youth council in London.

Alasdair Howorth, who recently graduated from St Andrews University in Social Anthropology, where he was involved with his Just Love Committee, is  working alongside Charnelle in Walthamstow, as well as a placement with Christians in Politics, supporting the development of their Youth Network, inspiring and facilitating young Christians to engage in politics.

So, our Buxtonians have an exciting, albeit challenging,  year ahead of them as they learn the habits of relating, negotiating, organising, acting and reflecting. As a Buxton alumnus myself,  my advice to them is to have patience – real transformation is slow,  to remain rooted in faith, and to be prepared to be surprised.

As the American Community Organiser Michael Gecan writes, the leaders in communities who are developed through organising, ‘are not protestors, partisans or helpless victims, but some other and more complicated, very different thing. They do not fit easily into the media’s pre-written stories. They succeed, but they succeed in unexpected ways and unexpected places’

If you are interested in applying for the Buxton Leadership Programme, applications for 2020-21 will open in December. Contact Miriam Brittenden, miriamb@theology-centre, if you would like to find out more.