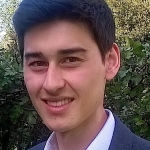 David Lawrence is one of our Buxton interns. Here, he blogs for us about his first hand experience of unity across diversity in the battle to Keep Sunday Special…

I wasn’t alive when Margaret Thatcher was defeated in the House of Commons for the first and only time in 1986 – on the issue of Sunday trading. Yet I’ve heard stories of about how the Church, some Conservative MPs and trade unionists united in a desperate stand, clinching victory at the last minute over a strong government to keep Sundays special – at least for another decade. Perhaps those stories are slightly exaggerated. Sometimes, though, surprising alliances are formed as groups unite in pursuit of a shared cause, even when that cause – Sundays – is dismissed as irrelevant and old fashioned by those in charge. And just sometimes, those unlikely bedfellows win and we are reminded of the power of democracy.

Last week history repeated itself, and the government was defeated in for its first time, again on Sunday trading. As Parliamentary Communications Officer for the Keep Sunday Special Campaign, it has been fascinated seeing different organisations come together: conservative evangelical Christians, trade unionists, Scottish Nationalists, Jewish campaigners, small business owners and even Jeremy Corbyn supporters. Until the last minute, it could have gone either way. We genuinely didn’t know what would happen. Had the SNP done a deal with the Government, or was it a double bluff? Would the government whips tempt rebels back over? Aside from being lots of fun for a politico like me, it was also heartwarming to see such unity and working together across different groups.

After all, what could possibly unite that disparate group of campaigners? Perhaps a better question might be, just what is so special about Sunday? As a Christian, I might point to God’s decision to rest, right at the beginning of the creation of the universe. Regular rhythms of rest are built into the very fabric of God’s vision for society: not just for people every week, but for animals, for the land (some of which, under Jewish law, had a further rest from farming every few years), and for the poor, in the evocative image of Jubilee.

As the vote demonstrated though, this isn’t just about church-goers. Regular rest is ordained by God because it is good for society as a whole. And that’s why our campaign had such broad support. This isn’t just about an argument over consumer choice. Sunday, even in the 21st Century, is for many a key part of our shared national life, and therefore requires legal protection against the interests of large businesses and even consumers.

This year I have been on CTC’s Buxton Leadership Programme, which combines local-level community organising with work in national politics. I also work with a church in Camden, using the tools of community organising to develop leaders in the congregation and tackle local issues. There are surprising similarities between my two jobs. We have worked not only with other churches in Camden, but also charities, Citizens UK and a Jewish youth group, to think about how we can address mental health concerns in the local area. Collaborative work across diverse institutions doesn’t just give us warm fuzzy feelings, but it also works to deliver real change. In Westminster politics but also in local communities, unlikely allies can overcome differences, unite, and win!