When a promised museum about women’s history in east London was turned into a celebration of serial killer Jack The Ripper instead, many local people were unhappy. Here we look at how community organising helped turn the anger into action – with the church at the heart of the response…

The outrage which met the opening of the Jack The Ripper museum was understandable. Having been promised a vibrant celebration of women’s contribution to east London, it was a bitter blow to be told that a man who murdered several women would be celebrated instead. Almost immediately, protest sprung up.

But with museum owners showing no sign of remorse, the energy needed to be turned into action. A series of one to one meetings between campaigners raised the need to take action, rather than just protest. Soon, the idea of a pop up exhibition of women’s history was born.

St George-in-the-East church (where CTC is based) was the perfect location – a short walk from the Ripper museum at the heart of the community in Shadwell. Soon a coalition of diverse groups and people came together. Feminist campaigners, church members, artists, historians and more were brought together by their shared goal. This is community organising at its best – identifying areas of common interest and building relationships by taking action. 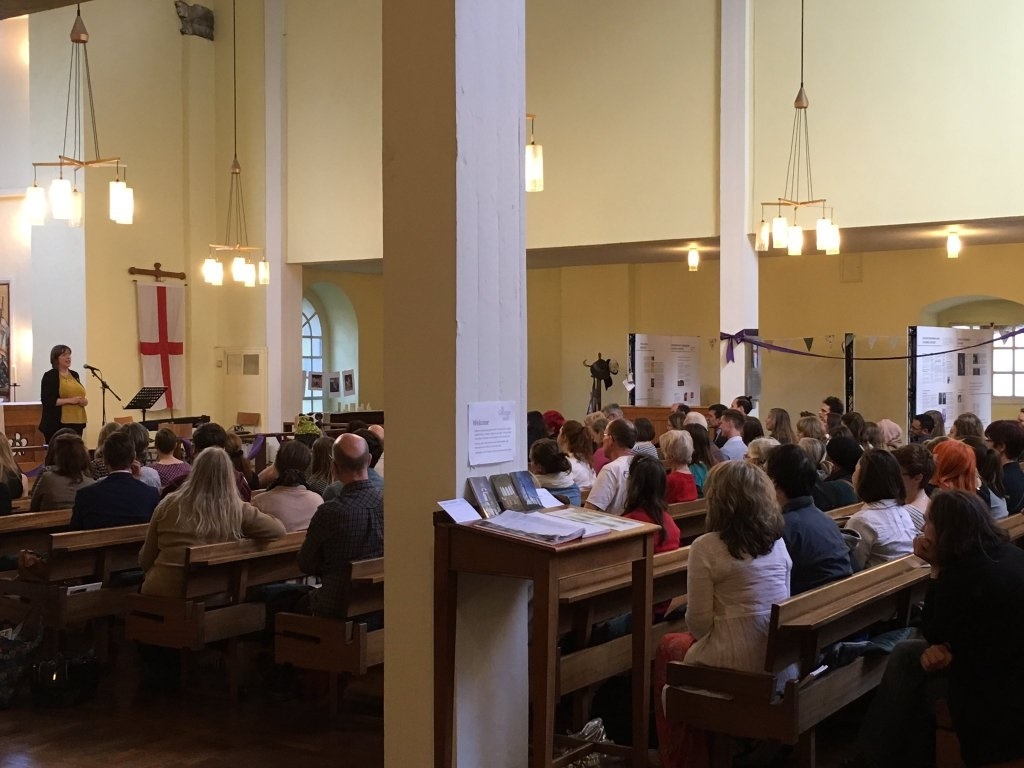 The exhibition came together quickly and was opened this week at a packed out event, addressed by MP Jess Phillips among others. It will run until 9th July (including a family fun day on Saturday 28th May from 12-4pm).

The exhibition features the stories of women from history such as the legendary Match Girls. It also brings the story right up to date, featuring contemporary campaigners such as Focus E15 and our friends at Citizens UK – whose model of community organising has been key to the success of this project.

The Evening Standard Covered the unveiling of a billboard advertising the exhibition and also the vandalism of that billboard. Time Out Magazine featured the exhibition this week, too, and there was further coverage in the East End Advertiser and Christian Today.