Tim Thorlby is CTC’s Development Director and he leads much of our primary research.

Here he blogs about our new research report – ‘A Time to Sow’ – which presents new evidence about growth in Anglican Catholic parishes in London.

The most recent statistics[1] from the Church of England about church attendance reveal a familiar story:

– In 2016, the usual Sunday attendance across England was 740,000 children and adults which is just over 2% less than the previous year

In London, adding the Dioceses of London and Southwark together, the picture is slightly more cheerful, with their combined usual Sunday attendance of 90,000 holding steady from 2015 to 2016.

The headline results of course disguise a more complicated picture of growth and decline happening cheek by jowl across the country. Even here, however, there is little cause for complacency. Our friends in the CofE Research and Statistics team have analysed patterns of growth and decline across England’s 12,600 parishes over the last decade and have found that for every 10 parishes, 1 is consistently growing, 4 are consistently declining and 5 show no statistically significant trend.

So, consistent church growth remains the exception not the norm in England, even today.

Church growth, when it happens, is not always what and where we expect. There are growing parishes in every Diocese in the land. We also find growth in deprived areas as well as suburbs. So, no area can be written off as ‘too difficult’ for growth – the Church of England does not have ‘no go areas’.

But growth doesn’t always look like we expect it to. Our 2016 report on evangelical church planting in east London (‘Love, Sweat & Tears’) confirmed the widely recognised image of evangelicals as people who like to plant churches, but it also revealed that the way they work is not at all how people often image.

All of these evangelical churches were planted in deprived areas not suburbs, most of their members were local, one parish was cross-tradition, every parish was reaching both unchurched and de-churched people and all of them were involved in social action to serve their local communities. In other words, much more interesting than the rather lazy stereotypes we are sometimes offered. 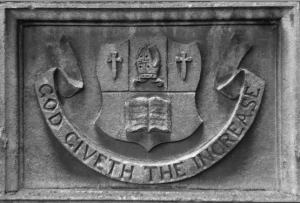 So, what about Anglican Catholics and church growth?

It turns out that lazy stereotypes don’t work with Anglican Catholics either. The truth is always more interesting.

Our new report (‘A Time to Sow’) shows quite clearly that Anglican Catholics can, and do, grow churches – even in some of the most deprived parts of London.  We picked seven case studies of Anglican Catholic parishes in the Dioceses of London and Southwark which have demonstrated recent and consistent growth. They include both Traditional and Modern Catholics.

– All of our case study parishes have grown their Sunday attendances, typically at rates of 5-10% per year

– Most of these churches have also been experimenting with different kinds of services and activities as they reach out to their communities – Messy Church, Choir Church, etc

Perhaps most striking of all is that the ‘habits of growth’ displayed by these faithful Anglican Catholic churches are almost indistinguishable from the habits in evidence amongst neighbouring evangelical churches which are also growing. The liturgies, language and church culture may be different, but a number of key habits are shared. In particular, the practice of community organising is being harnessed by a growing number of churches to develop the congregation and act with its neighbours for the common good.

Our different church traditions have more in common than we realise.

A time to sow?

Our report finishes with a challenge.

The stories of growth which we have told are not typical of Anglican Catholic parishes – they illustrate what is possible but are not the norm.

The reason for this lack of growth in the Anglican Catholic tradition is not because their parishes are more ‘difficult’ – our reports show that growth is entirely possible in such neighbourhoods, and the Pentecostals and Roman Catholics don’t seem to have a problem with this.

The reason also cannot be because the Tradition doesn’t have the ‘tools’, as we have shown that some of its parishes clearly do – and where they needed to learn new habits, they didn’t have to look far to find help.

It rather looks as though too many parishes are not growing because they either don’t think it’s important or just don’t believe they can. As Canon Angus Ritchie concludes in the Afterword – “there is a need for a change in the culture of Anglican Catholicism.”

We hope and pray that the stories in our report will encourage more Anglican Catholic parishes to take up the challenge of growth, in ways which are faithful to the tradition and confounding to the critics.

Rumours of the demise of the Church of England are exaggerated. There are more surprises to come.

If you reap what you sow, then now it is a time to sow.