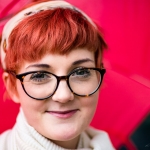 In the first of a series of blogs by summer interns on our Urban Leadership School, Florence Gildea reflects on her experience of community organising at St George-in-the-East.

Since beginning the internship, I have been reflecting on what it means to see, and to be seen, to listen, and feel listened to, and to belong, in public life. Those are often experiences associated with the private sphere, but I cannot help but wonder if political disengagement and populism would be roads less travelled if people felt their voices were respected by politicians and that their stories carried the seeds of hope and transformation.  Moreover, through the lens of my Christian faith, I see community organising as offering a way of using power in a way that, like Jesus’ ministry, puts listening, recognition, and empowerment centre-stage.

CTC Fellow David Barclay – who co-ordinated our work on responsible finance – blogs on our new report with Durham University on churches, money and debt.

“Any time we talk about money it’s, you know, ‘you should be giving’, and that’s it. Not how should you be living your life, what should you be valuing, where do you put your treasure.”

Angus Ritchie – Director of CTC and Priest in Charge of St George-in-the-East in Shadwell – blogs on a week of events which have cast a new light on the Parable of the Good Samaritan.

What is the message of the Parable of the Good Samaritan? When a religious leader asks Jesus: “who is my neighbour?” this story is his answer. And, as so often, his answer is deeply provocative. 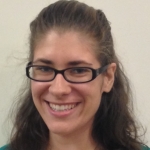 Claire Moll is a member of the Community of St George – helping to renew the life of the parish church through prayer, reflection and organising – and bringing diverse neighbours together to build relationships and act for justice. In this blog, she reflects on the recent terrorist attacks, and the reactions in her neighbourhood.

As Christians, we are called to be Christ’s light in the world. However, after a series of tragic attacks on our larger British community, if feels harder to keep that light burning. 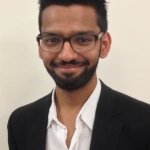 The General Election campaign is dominating the news – but many people feel deeply alienated from today’s political discourse. CTC has produced two resources for communities wanting to reflect on the state of politics, and an appropriate Christian response.

Firstly, our Director Angus Ritchie has written for ABC Religion & Ethics, arguing against “[a] conception of how the Church should engage in politics [on which] our main priority should be to get individual Christians into positions of influence, and then to encourage the wider Body to pray for them.” He argues instead that the heart of the Church’s political witness is to be found in the poorest communities:

For Christians, there can be no “we” whose job it is to be nicer to “the poor.” The Church should simply not have a “heart for the poor” or “learn from the most vulnerable.” According to Jesus and St. Paul, the poorest and most vulnerable are the heart of “the Church.”

He argues that Britain’s poorest communities show how the wider Church should respond to our current troubles:

They do not behave as if politics is something which is done somewhere else – something to which they must simply offer a Christian “response.” In consequence, they do not understand their role as being one of simply voting and praying for others. The poorest communities in East London are taking action themselves: organising with their neighbours to ensure new housing developments have affordable homes in them; confronting unjust landlords; campaigning for a Living Wage.

You can read the full essay here.

Alongside this written resource, CTC is hosting a masterclass in community organising by Ernie Cortes –  one of America’s most senior and experienced organisers, and a committed Christian. The event – entitled “Building Power at a Time of Political Turmoil” will run from 5 to 6.30pm on Friday 26th May. You can book a place by emailing hello@theology-centre.org

As Christians around the world remember Jesus’ last supper, we are printing a reflection by Selina Stone (who co-ordinates our Buxton Leadership Programme and our work with Pentecostal churches). It was delivered yesterday at the International HQ of the Salvation Army, as one of a series of Holy Week addresses on the “Meekness and Majesty” of Jesus. Selina’s theme was “Lord of Humanity, dwells in Eternity” – and she reflected on John 13.21-32

On reading the words ‘Lord of Eternity, Dwells in Humanity’ we can very easily be persuaded to engage in deep theological reflection. We could spend long moments studying biblical passages in hebrew or koine greek or delving into the writings of many forefathers and foremothers in the faith. Many have tried to understand how Jesus could be both fully God and fully man and few have settled on a clear explanation. Was Jesus mainly a spiritual force, or may just a good teacher, or maybe he switched between his two natures? In simpler terms, we could speculate about if Jesus knew in advance what his mother would make him for breakfast through some sort of divine knowledge, whether he was ever cheeky to his parents, or if he ever made another child cry…

On Tuesday of Holy Week, our Director Angus Ritchie reflects on a pivotal event which we often overlook…

The Cleansing of the Temple is a pivotal event in all four Gospels. In Matthew, Mark and Luke it occurs in the days between Jesus’ entry into Jerusalem (Palm Sunday) and the Last Supper (Maundy Thursday), whereas in John it is placed very near the beginning of his public ministry.

How do Christians believe change happens?

The Revd Dr Simon Cuff – a Research Associate at CTC and a parish priest in Ealing – addressed these questions at a Lenten retreat for members of the Community of St George last week.

Here are his reflections… 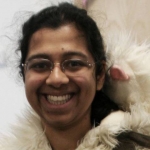 The vocation project, started by a number of interns from this year’s summer internship, continues to grow. Alongside creating spaces for vocational discernment in various institutions, they have also been reflecting on a connected issue: the nature of work.

Having benefitted from it ourselves during this year’s Summer internship, our project emerged from a sense that enjoying a space for vocational discernment is very important. It allows us to reflect on what gives us life, wisely approach important decisions, and use our talents for the common good.